END_OF_DOCUMENT_TOKEN_TO_BE_REPLACED

We’ve entered a new art scene; one where everybody wants to collage. Cut and paste just feels so right. Maybe it’s because that’s one of the first things we learn to do creatively. It makes sense that art has gone in this direction—collage is usually easier, faster, more available, and more versatile. Masterpieces are less time-consuming. This “unconventional” technique can be just as expressive as any other, and it is quickly becoming more of a driving force than traditional art. I feel that, in some ways, collage represents our way of coping with the ever-changing modern world. The cities we live in have an impact on us, and we express them in the way we create.

END_OF_DOCUMENT_TOKEN_TO_BE_REPLACED 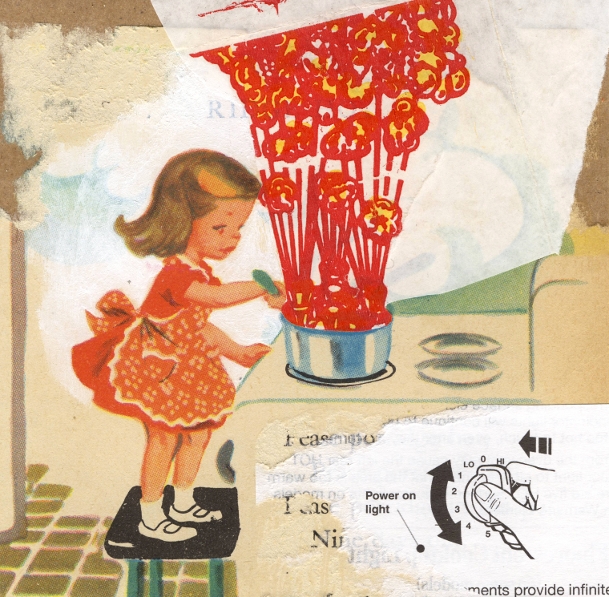 Why collage? Why is it relevant today? So many things come to my mind.

First of all, I could say that collage played a significant role at the beginning of modern art when Picasso and Braque started to assemble what they found in their studio on a cardboard. They would meet almost every night to talk about their discoveries…

END_OF_DOCUMENT_TOKEN_TO_BE_REPLACED

Kimberly Musial Datchuk has a doctorate in art history specializing in nineteenth-century European art. Her 2013 article “Travail de panneau: The Effects of Early Film on Henri de Toulouse-Lautrec’s Au Cirque Series” received the International Award for Excellence from the Journal…

END_OF_DOCUMENT_TOKEN_TO_BE_REPLACED

Oregon-born artist Liz Cohn has been making and exhibiting her works in collage, mixed media, painting and assemblage for nearly 30 years. For seven years, she was a member of the artist operated 12×16 Gallery. Liz then organized the mail…

END_OF_DOCUMENT_TOKEN_TO_BE_REPLACED

Daniel Kany is an art historian, art critic and freelance writer. More than 200 of Kany’s art criticism columns have appeared in the Maine Sunday Telegram and the Portland Press Herald. Kany’s writing has been featured in numerous publications including…