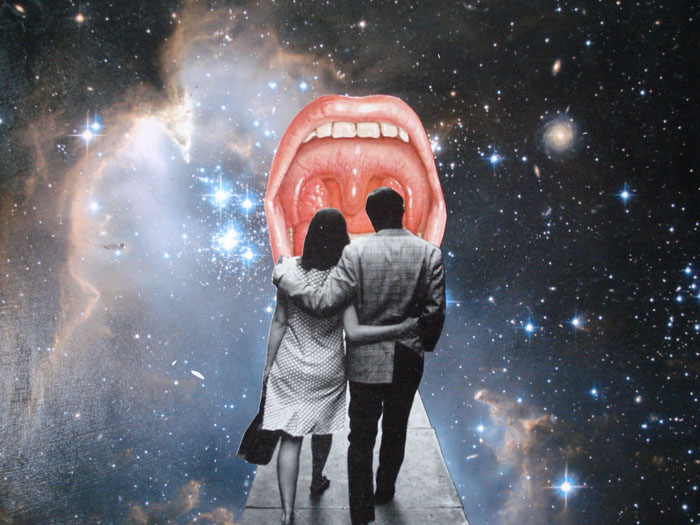 The Use of Galactic, Stellar and Planetary Elements in Collage

Since human beings first gazed upward to the night time sky, the heavens have captivated our collective attention. Our ancient ancestors named constellations of stars, and followed the paths of planets, which they named after mythological gods. The pyramids of Giza, the numerous temples of Mayan and Aztec culture, Stonehenge and other human-made structures have been constructed to pay homage to, or align with, the sun and other extraterrestrial entities. In Steven M. Specht, Ph.D. investigates why collagists use space imagery in their work and offers some interesting insight into the psychology behind the imagery. 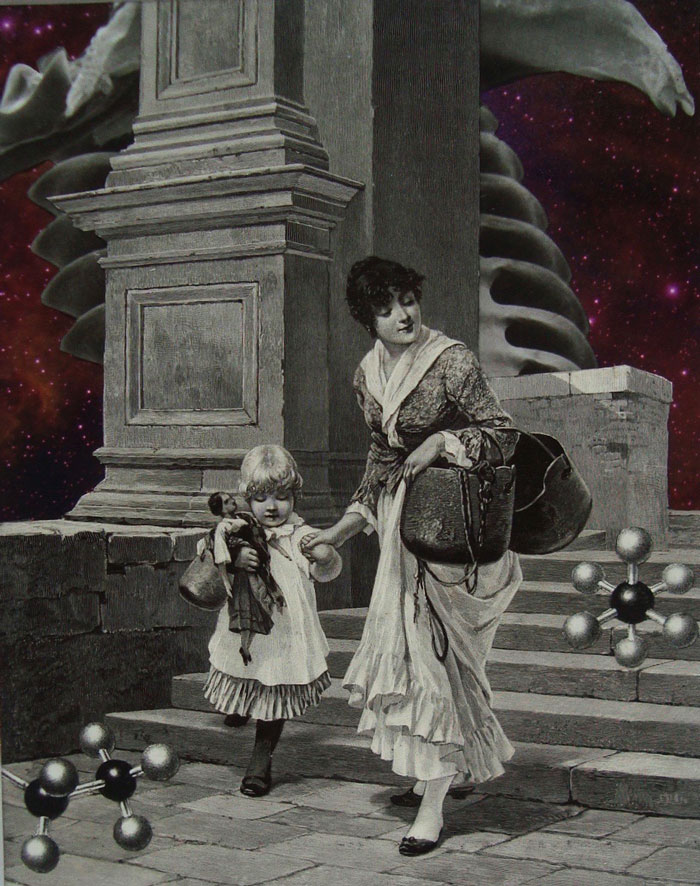 Stellar or galactic background elements often contribute to the overall illusion of three-dimensionality in a two-dimensional composition, by providing viewers with depth cues such as relative size and texture gradient (of the stars) and the suggestion of vanishing point.

Steven M. Specht, Ph.D. is a Professor of Psychology at Utica College in Utica, New York and a Signature Member of the National Collage Society. Originally trained as a psychobiologist, he recently re-focused his research on investigating the factors which influence how individuals perceive artwork. His collage work has won several awards and has been shown, since 2001, in group and solo shows in Australia and the U.S. (Arizona, New York, Pennsylvania and in National Collage Society exhibitions). See more of his work at monkeybrain-collagist.blogspot.com.

← The Art of Collage & Assemblage
WORDplay →