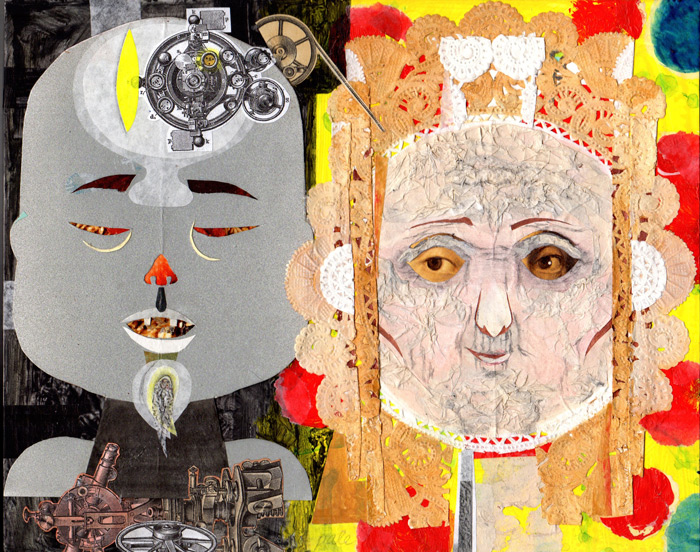 The Collage Artists of America, based in the Los Angeles area, launched its juried member exhibition, “small works of GREAT ART” at the Towns Burr Gallery in Burbank, California on 7 November 2015. The show, which was juried by Los Angeles artist Jon Measures, includes over 70 small collage and assemblage works by 33 Collage Artists of America members. Measures said, “…even within the constraints of a particular medium such as collage, the scope of possibility appears to be infinite.”
Founded in 1988 by nine Los Angeles-area women proficient in a variety of media, Collage Artists of America became a 501(c)3 non-profit arts organization in 2012. Membership has grown across the United States, and CAA makes annual contributions to the wider arts community. Many members are or have been instructors at all levels of education and exhibit widely both nationally and internationally.

The exhibition closes on 28 November 2015. For more information about the Collage Artists of America visit their website HERE.