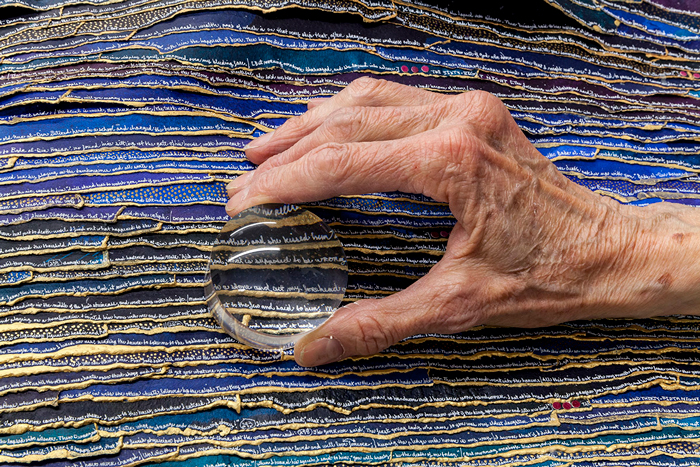 Collage, from the French verb coller, to glue, is an assemblage of different parts to form a new whole. Artworks created using the collage technique first hit the mainstream art world in the cubistic works of Braque and Picasso in the early years of the twentieth century. The collage technique became a preferred medium for numerous artists in the Dada and Surrealist movements and helped break down barriers between painting and sculpture, sometimes incorporating found materials. Even in today’s digital age, the hands-on material quality of collage remains an important medium for twenty-first century artists.

The works in “Obsessive Collage” go above and beyond our concepts of collage in both scale and preoccupation with detail. 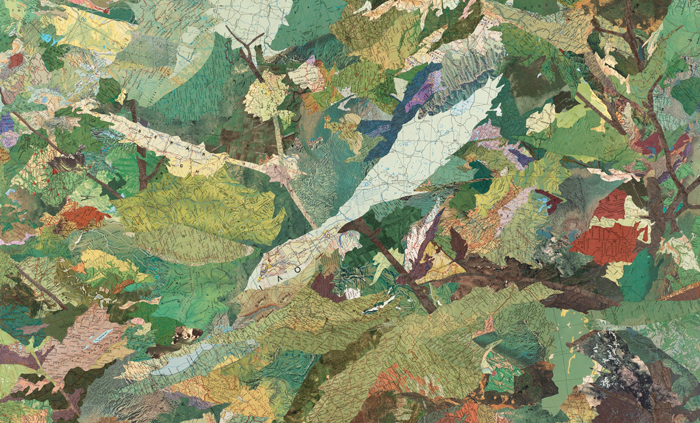 As an alternative to paint, Matthew Cusick employs an inlaid collage technique, which utilizes the inherent line, motion and prescribed palettes found in maps and other printed ephemera. 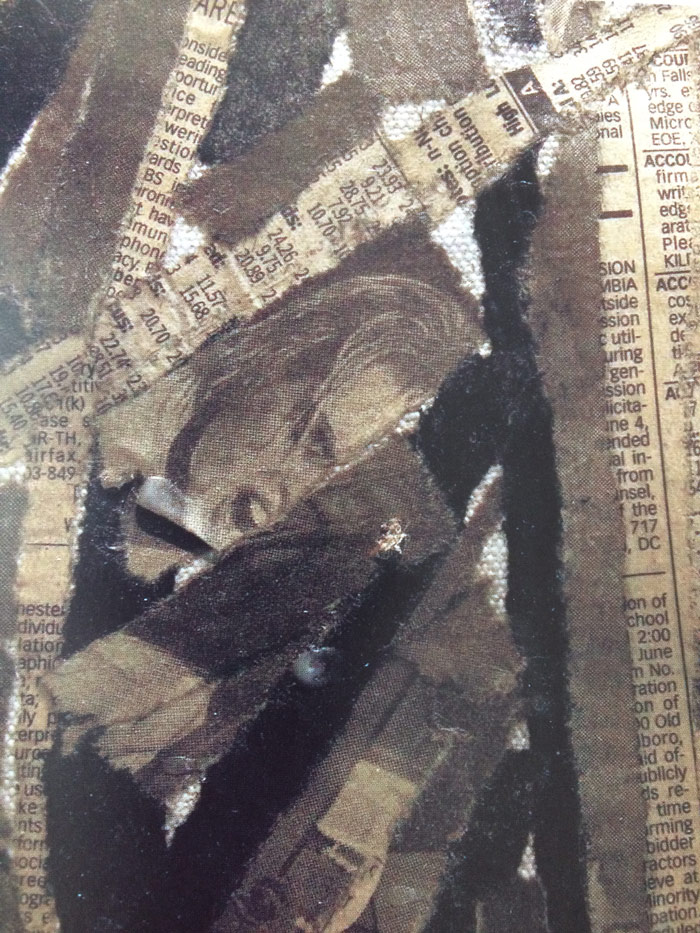 Tom Nakashima draws from both Eastern and Western traditions to create monumental works of art that remind us of the heroic and metaphorical power of natural forms. 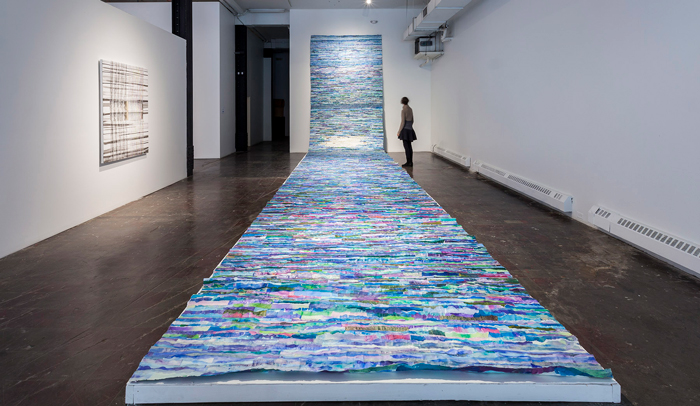 In her large-scale shaped collage pieces, Diane Samuels uses other peoples’ words from books that have influenced her life, transcribing entire books in micro-text.

These three artists have used collage to visually portray a persistent idea, image, or desire; although their approach is unique, each uses bits and pieces of disparate paper elements to create a new whole based on visual memories.