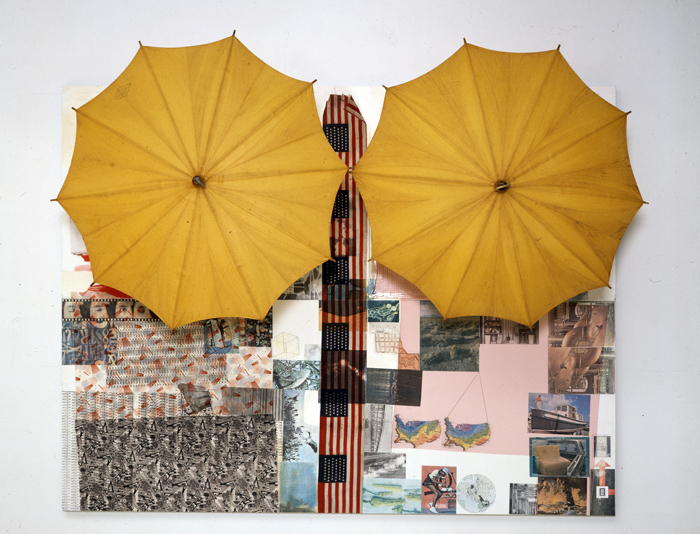 Tate Modern’s major exhibition of the work of Robert Rauschenberg (1925-2008), organised in collaboration with The Museum of Modern Art in New York, is the first posthumous retrospective and the most comprehensive survey of the artist’s work for 20 years.

From his early engagement with pop to his works produced at the dawn of the twenty-first century, Robert Rauschenberg blazed a new trail for art. Moving between painting, sculpture, photography, print-making, technology, stage design and performance, he refused to accept conventional boundaries in art and in life. The first US artist to win the Golden Lion for painting at the Venice Biennale in 1963, Rauschenberg’s quest for innovation was fired by his openness to the world, his enthusiasm for collaboration and his passion for travel.

Each chapter of Rauschenberg’s six-decade career is represented by major international loans that rarely travel. Among these is a selection of his iconic Combines, hybrids between painting and sculpture, which include Monogram (1955-59), travelling to the UK for the first time in over half a century, and Bed (1955). Tate Modern is also showing the signature silkscreen paintings that signalled Rauschenberg’s attempt to bring politics, mass media imagery and street scenes into his work, including Retroactive II (1964), which portrays John F. Kennedy, who had recently been assassinated.

This exhibition announcement first appeared as a News & Notes item in Kolaj #18. To read more News & Notes from the world of collage, SUBSCRIBE to Kolaj Magazine or Get a Copy of the Issue.