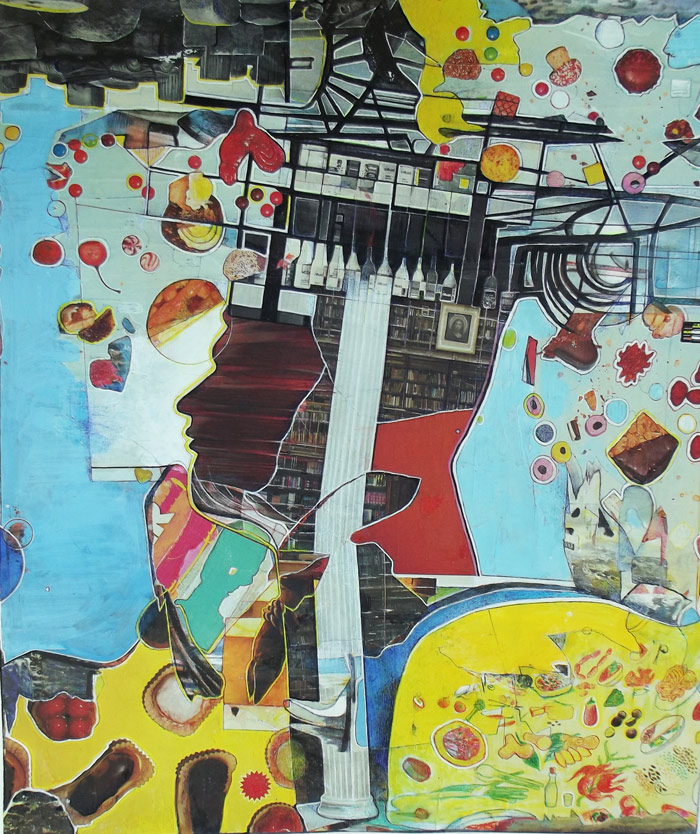 “Sticky Fingers”, the Rolling Stones album which topped the charts for four consecutive weeks in 1971, lends its name to a group art exhibition, featuring Konstantinos Berdeklis, Dimitris Ntokos and Konstantinos Patsios. The three artists oppose convention, they create new realities while studying the past respectfully, they give in to the freedom of their thoughts and associations. Their work is indelible, experimental and spontaneous. It is unconventional and unpredictable: It’s rock ‘n roll!

The three artists get their hands dirty as they experiment with various techniques, media and concepts. To express their artistic obsessions and concerns, they combine the old with the new and they embellish what is ordinary, seemingly trivial or even ugly. They collect objects of the city, scraps of old magazines and posters and then incorporate them into their works, turning them into maps of their wanderings or into personal diaries. The polysemic imagery created bears the characteristic stigma of each artist, and at the same time seems to work together harmoniously.

Image:
The Man Who Liked to Watch the Stars
by Konstantinos Patsios
27.6″x35.4″
mixed media on paper