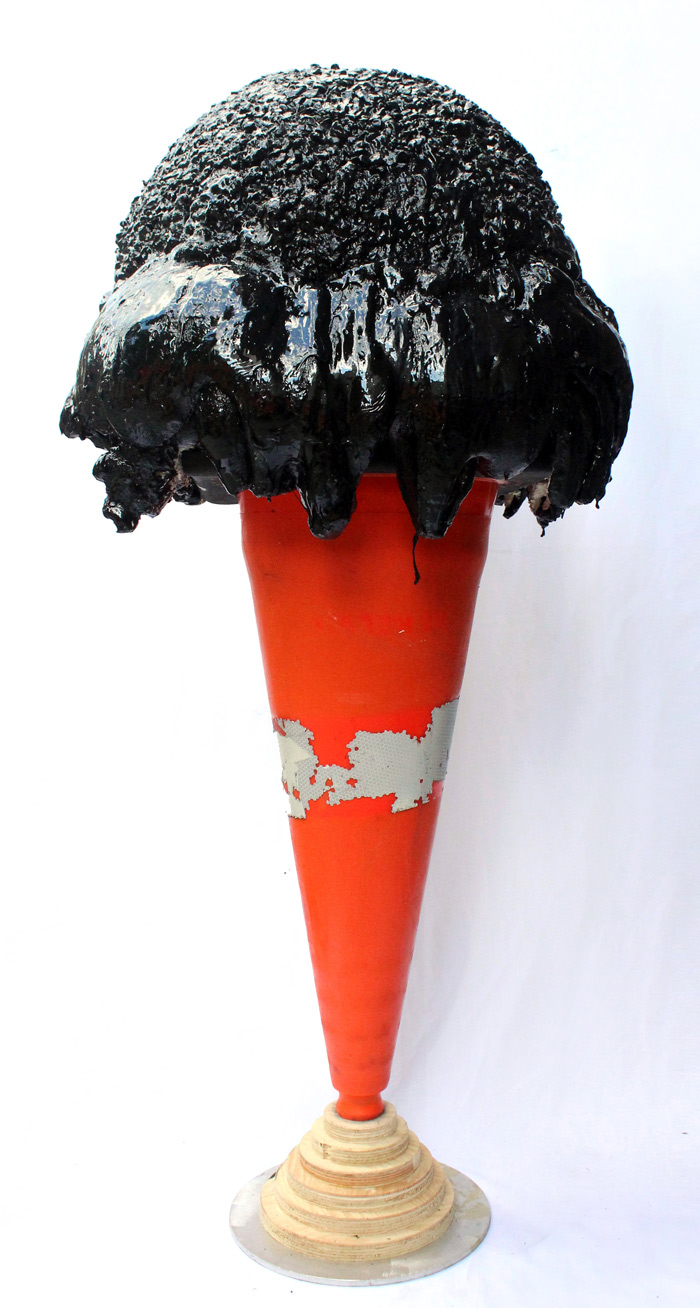 Montreal artist Nicolas Nabonne was the winner of the Grand Prix at the 18th Festival International Mtl en Arts, held 30 June to 2 July 2017 in Montreal’s Gay Village. His winning assemblage work, Bonne Fête Montréal!, is an ironic take on Montreal’s 375th anniversary–an ice cream cone made out of asphalt and an inverted orange cone. These are references to the seemingly never ending road construction work that has engulfed the city. Nabonne says in his artist statement, “Each work is like a conceptual device or bait that places viewers in situations that plunge them into a feeling that is ironic, yet cryptic.” Nabonne presented the work, and a second asphalt-based work, out in the open on the street with minimal information. The festival creates the largest open-air art gallery in eastern Canada presenting over 120 artists, with the aim to “demystify and democratize visual art”. More information is at mtlenarts.com.

This article originally appeared in Kolaj #20. For all sorts of News & Notes from the world of collage, Subscribe or Get a Copy of the print magazine.

Nicolas Nabonne has a BA in visual arts and media with a certificate in plastic arts from the Université du Québec à Montréal. At the 2016 Mtl en Arts, he won the “Best Work Prize” (Prix de la meillure œuvre). His work has been shown in group shows in Montreal and Sainte-Hyacinthe. His solo shows in 2017 beyond Mtl en Arts have been outside of traditional galleries, including a traveling show, “Un dernier baiser pour la route…”; Montreal’s Centre for Sustainable Development; the Parc Lafontaine Cultural Centre; and the Rialto Theatre.

This article originally appeared in Kolaj #20. For all sorts of News & Notes from the world of collage, Subscribe or Get a Copy of the print magazine.

Learn more about Nicolas Nabonne’s work at his website, www.nicolasnabonne.com.