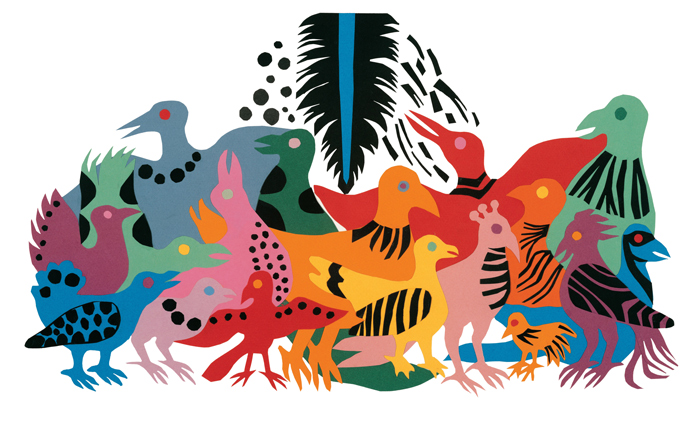 As Bryan had collected bright papers found in childhood paths, paper found a path with Bryan. When he returned from the war, Bryan was accepted into Columbia University where he learned the art of bookbinding while earning a diploma in philosophy. His passion for cultural studies won him a Fulbright Scholarship which led him back to France and Germany. He was surprised to see children there learning about and performing spirituals when it was his experience that African-American children had virtually no understanding of their roots or cultural history. Together, his skills, studies, expertise and community-supporting ethic distilled themselves into Bryan’s life mission of creating children’s books.

This article originally appeared in Issue Twelve. To read the entire article and other writing about the world of collage, SUBSCRIBE to Kolaj or PURCHASE ISSUE TWELVE.