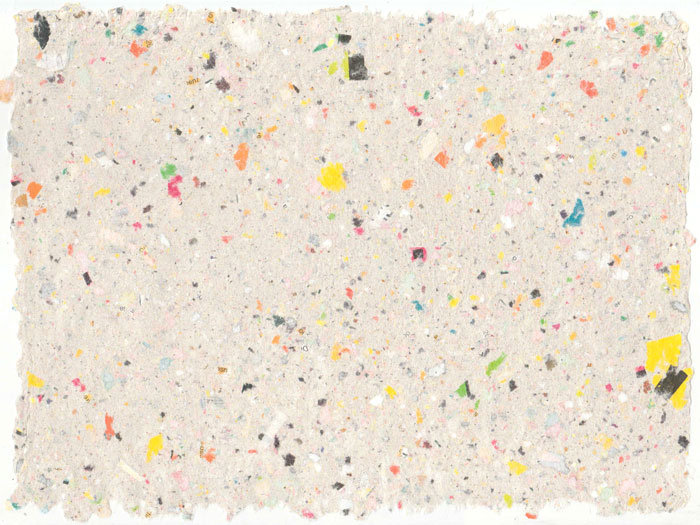 Few fine artists have embraced papermaking as an art medium, but as act of fragmenting and attaching, the practice may hold implications for collage. A curious example is the pulp work of Manchester, England’s Steve Hunt, who has been collecting gallery flyers and literature from various cities and countries in Europe and North America over the last twenty years. His source material tell more of a story than the images and text printed on it. In Kolaj #22, we discuss his unique approach.

This article appeared in Kolaj #22. To see more, SUBSCRIBE to Kolaj Magazine or Get a Copy of the Issue. 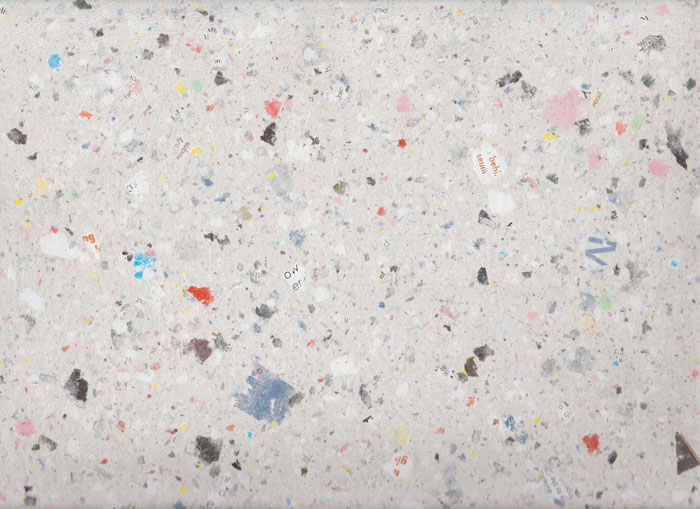 The results are a curious artifact. Specks of colour in a bluish-grey field, non-representational and no longer conveying the information these flyers and postcards once did, the works exist somewhere between print, collage, and sculpture.

Steve Hunt lives and works in Manchester. He graduated with a Visual Arts B.A. (Hons.) 1st from the University of Salford in 2001. In 2001-2002, he received a 1st Out Bursary and, in 2004, a grant from The Artist’s Professional Development Scheme. He has been a resident artist at sites in Lancashire, Italy, and Germany. He has shown extensively in solo and group shows in and around Manchester, as well as London and Tokyo. Learn more at stevehunt.jimdo.com

Images courtesy of the artist