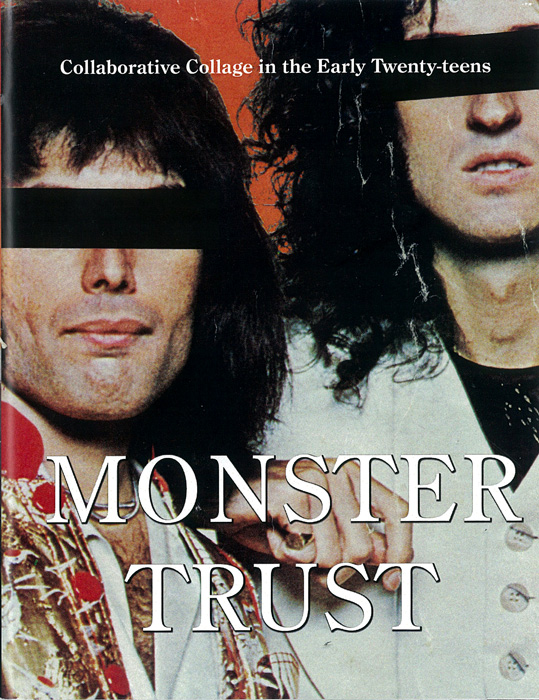 “Quickly, I thought of nine other collage artists whose work I had appreciated, and asked them if they would like to get involved. All agreed. Each of the nine panels was sent around the country to be worked on by another artist, with instructions to send to Zach (Collins) upon completion.” For Koppa, this was a transformational act of faith in others to follow through: monster trust…Without being pedantic, Monster Trust reads like a testimony to the collaborative ethic that permeates collage culture today. Koppa shares his fears and experience and the results of his foray into these types of creative relationships.

This review appeared in Issue Twelve of Kolaj Magazine. To read the entire review, PURCHASE ISSUE TWELVE or SUBSCRIBE.