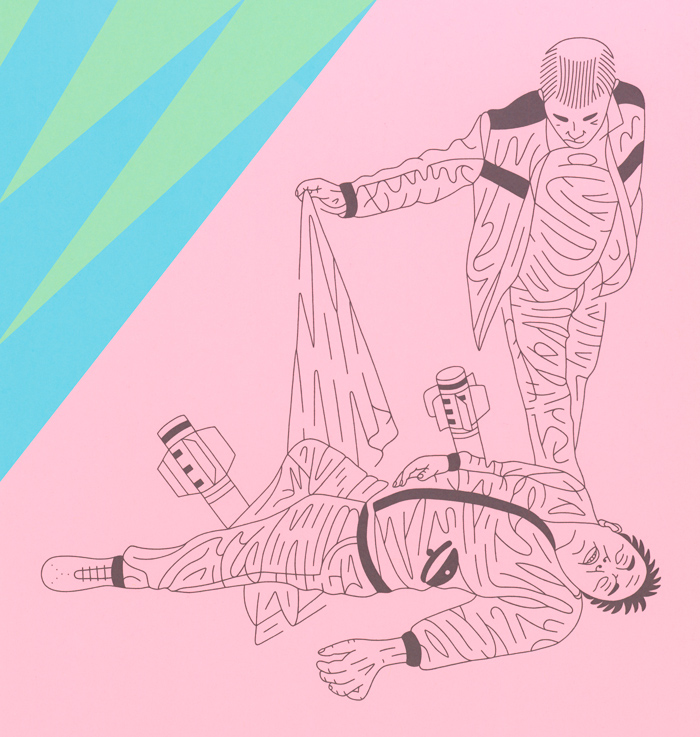 “Disasters of War in East Ukraine” is an exhibition of collages by Dmitry Borshch. They were first exhibited in 2016 in Mariupol and early 2017 in Donetsk, Ukraine.

“When I mentioned to a friend employed by the Office of the UN High Commissioner for Human Rights in New York that I am preparing a series on the war in East Ukraine, which involves traveling there, he encouraged me and even gave the number of two employees of the Organization for Security and Co-operation in Europe. One of them, a monitor with its Special Monitoring Mission to Ukraine, provided me with valuable security information as I traveled to Donetsk, Poltava, Kiev, Mariupol, and other places from Dnepropetrovsk, my place of birth. There in 2015, I began to research ‘Disasters’ through interviews with ‘переселенцы’, persons resettled from ATO, the zone of Ukrainian government’s’anti-terrorist operation'”, Borshch explained. He added, “I wanted the series, whose title obviously refers to Goya’s ‘Los desastres de la Guerra’, to be first exhibited in cities afflicted by the war.”

Dr. Regina Khidekel curated this exhibition, which is supported by funds from the New York City Department of Cultural Affairs in partnership with the New York City Council, at RACC’s new satellite space in Brooklyn.

The Russian American Cultural Center aims to provide permanent cultural representation to more than 700,000 Russian-speaking residents of New York. It was founded in 1998 by Dr. Regina Khidekel and earned its 501(c)(3) tax-exempt status in 1999.