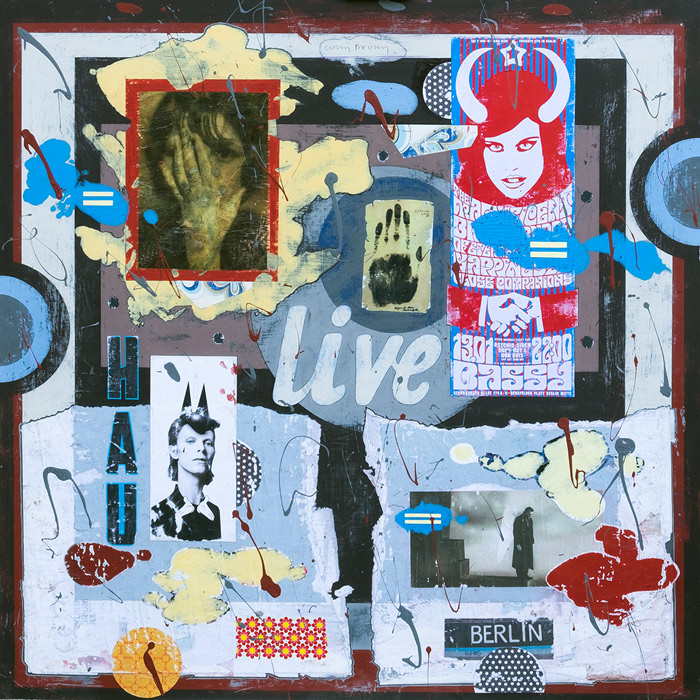 Scottish collagist Colin Brown has been working in the medium for over thirty years. For “Love Letter to Europe”, he created fifteen works which celebrate the diverse and shared heritage of fifteen cities in Europe from Gothenburg in the north to Lisbon in the south.

Colin Brown says about this work:
As a young boy growing up in the Scottish Highlands, one year for my birthday I was given a large radio. The dial fascinated me with its seemingly random list of European place names. I remember Lyon, Praha, Hilversum, Bremen, Goteborg, Rotterdam and Berlin–but there were of course many others.

My radio enabled me to realize for the first time that although I was Scottish, I was also part of a bigger picture. Here began a lifelong affinity with the continent of Europe, strengthened later by regular visits to its many cities. I even lived among my fellow Europeans for a time, in Italy and Germany.

Coming forward to the present day, and in light of all the current negative atmosphere, I feel very strongly the need to register my deep personal love for Europe in its many forms–and to celebrate its diverse cultures, languages and traditions.

So the idea was formed to create a series of fifteen paintings paying homage to specific cities I have spent time in…This is my Love Letter to Europe.

Some of these places I know well, others less so. Each city in its own way represents a part of the Europe I love. While there’s a common geographical and cultural thread, each retains its own individual history and identity. My stance throughout has been one of inclusion, not exclusion. We are all different yet the same.

I am forever a proud Scottish European.

Hours:
Monday-Wednesday and Friday-Saturday, 10AM-5PM
and by appointment on Sunday and Thursday

← A Single Image Catches My Eye
Speak & Be True →