Origin of the World 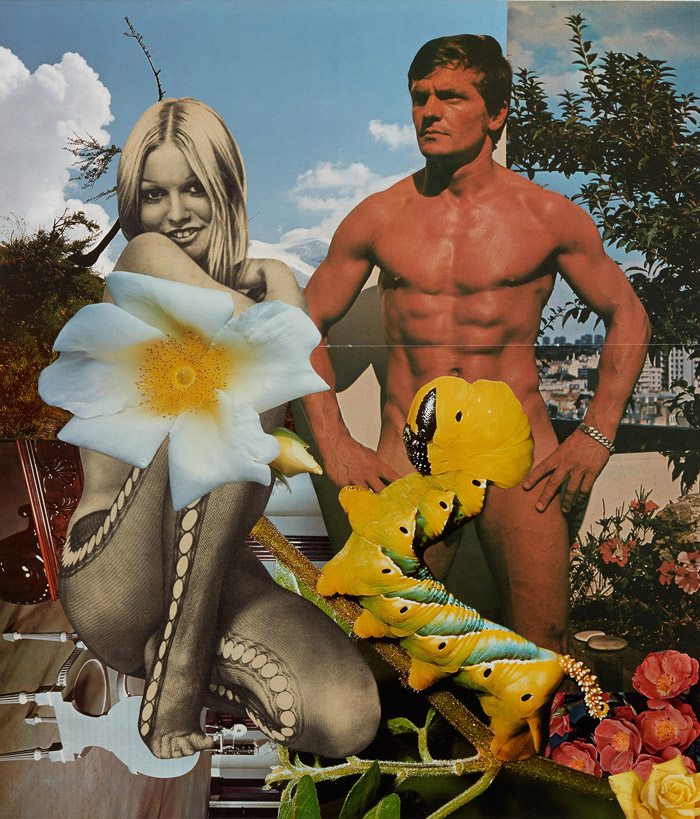 Linder: Origin of the World

at Andréhn-Schipjenko Project in Paris, France
Opening 24 May 2019

Linder is an internationally celebrated artist who applies the principles of collage to the visual languages of graphic design, popular culture, fashion and fine art in the production of photomontages, performances and installations. The core of her work is a continuous exploration of desire, cultural expectations and the female body as commodity. Occasionally referring to her works as biopsies, Linder’s collages manipulate, disrupt and play with porn and glamour, exposing the latter as something we should be wary of. Examining the way that women are depicted across visual culture, these collages draw attention to institutionalised misogyny. Denouncing the artificiality of groomed and tame femininity and revealing the performative aspects of gendered and social differences, the works are sometimes provocative–and also funny.

Linder has worked with the pornographic image for four decades, often montaging the images from pornographic magazines with those that she finds in interior design and fashion publications, the common denominator in all three being the depiction of the female body. Her work is often forensic in its approach, a visual enquiry into who, what, where, why and how the images that we see around us have been constructed. The exhibition will display works from different recent series, including the one inspired by Ithel Colquhoun’s “Mantic Stain” technique.

Linder, born 1954 in Liverpool, initially rose to fame as an artist and musician in the punk/post-punk arts and music scene in Manchester in the mid 1970s. Her large-scale outdoor installation Bower of Bliss, commissioned by Art on the Underground, is currently on view at Southwark Station, London. Other current projects include a solo exhibition at the Monteverdi Art Gallery, Tuscany, Italy; “A flower in my mouth” at the Salzburger Kunstverein, Austria; “Art and Porn” at ARoS Museum of Modern Art, Aarhus, Denmark; “The Enigma of the Hour” at the Freud Museum, London; The Aerodrome; Ikon Gallery Birmingham; and Collage at Gallery of Modern Art, Edinburgh. In 2020, Linder will be the subject of a solo exhibition at Kettle’s Yard, Cambridge.

Image:
Origin of the World
by Linder
25″x21.75″
photomontage
2016
Courtesy the artist and Andréhn-Schiptjenko Project, Paris

← After World Collage Day: A Reflection
Call to Artists for “Unfamiliar Vegetables” →