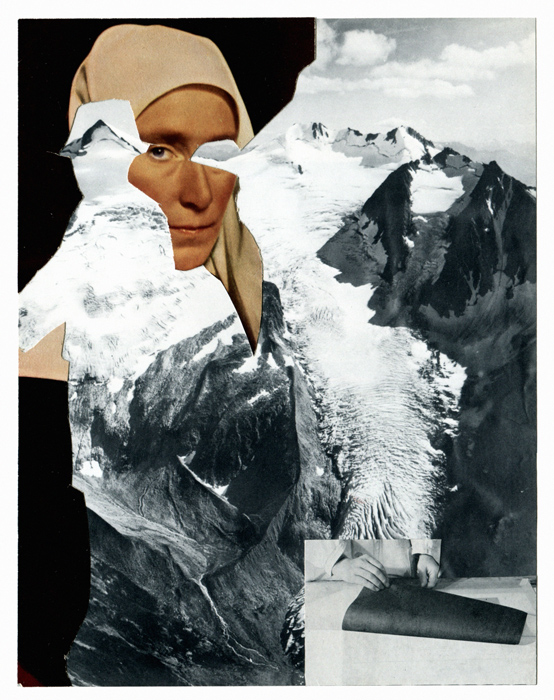 Fairlie goes on to say:

The active visual elements of her work exist strongly in the cut; the exclusion and void she creates.You can’t call it minimalism, because there’s too much going on, but her most simple pieces are her most successful. Her execution is brutal or jarring, not violent, but heavy-handed. Her nun/mountain collage illustrates this aspect of her work well. The silhouette of a hatted man is cut incautiously from the side of the woman’s face, echoing the pointed forms of the mountains, which also reverberate more softly in the nun’s habit.

To see all of Barbara Breitenfellner’s Artist Portfolio, purchase Issue Ten or SUBSCRIBE to never miss an issue.