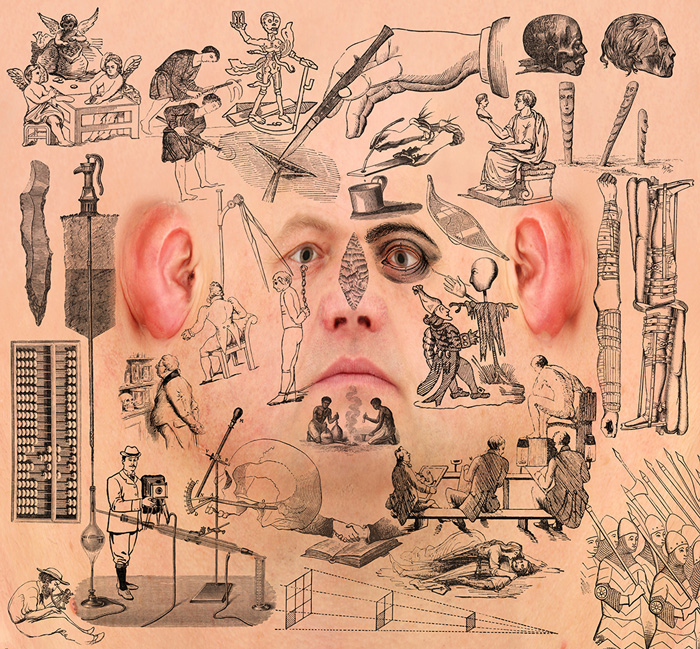 Based in Birmingham, United Kingdom, Duncan Poulton is a product of relational aesthetics in that his artwork is concerned with humanity in its social context and, in particular, how culture is appropriated and reiterated. “I observe, deconstruct and reconfigure found online content in order to produce works which form new associations between images and their authors’ original context of production,” he writes. “I am interested in the knowing misapplication of established techniques and formal strategies, the productive misinterpretation of existing cultural content.” In Kolaj #20, Ric Kasini Kadour profiles and interviews the artist. 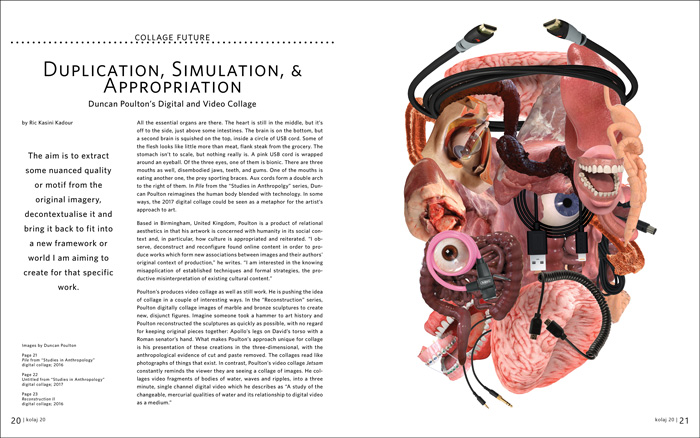 My process usually involves a long research and incubation period in which I extensively search for a range of material on a specific subject or theme. These searches might begin with a piece of software, the technical name for a type of simulated object or a broad category of images, but inevitably branch off into new and unexpected avenues. This exploratory gathering process is usually the most exciting phase and it invariably brings about new ideas which can feed into subsequent works.

British artist Duncan Poulton holds a BA (1st Class Honours) in Fine Art Critical Practice from the University of Brighton. He also holds a Foundation Diploma in Art & Design (Distinction) from School of Art Bourneville in Birmingham. His work has been shown extensively in the United Kingdom, as well as in Hungary, Kosovo, New Zealand, South Korea and the United States. He lives and works in Birmingham, United Kingdom. Learn more at his website: www.duncanpoulton.com

Image (top):
from the “Studies in Anthropology” series
by Duncan Poulton
digital collage
2016