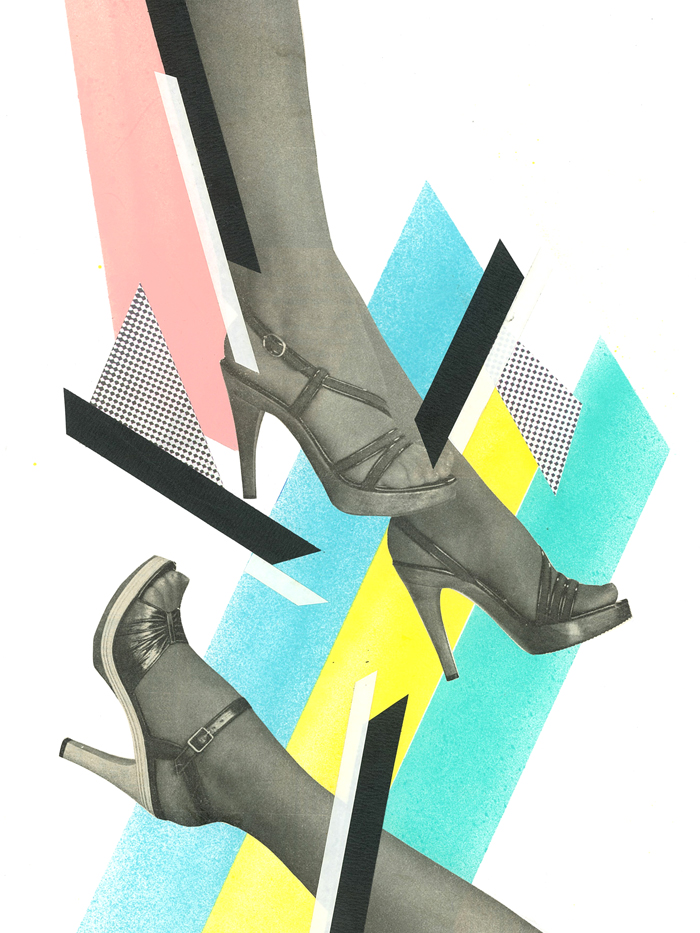 Not an issue of Kolaj goes by when we don’t consider a project by Michael Ziobrowski who sometimes uses the moniker X Is the Weapon. The Chicago-born, Orange County, California-raised artist is on a roll of late. For the past two years, he has organized the the group show “CutPaste” with Justin Angelos at F+ Gallery in Santa Ana, California and participated in a number of group shows. He makes zines like Xperiments with Glue (Kolaj #9) and Pastel Life 01 (this issue). His Instagram shows a steady output of artwork and he maintains an active design and branding business. His aim is simple. “My goal is to create aesthetically pleasing work, with either some substance to promote a dialog from the viewer, and/or to create those same aesthetically pleasing images with a space for the viewer to lose themselves, escape into the piece and just enjoy what they see, and feel the same freedom in viewing it, as I felt in creating it.” (Check out his website HERE.)

On the cover of this issue of Kolaj is a piece from Ziobrowski’s 80’s Pop Series called Come Walk With Me Man No.1. It is one of only two objects featured in a series that celebrates the titular decade’s iconic personae: Jean-Michel Basquiat, Eddie Murphy, Deborah Harry, Grace Jones, Keith Haring, and, of course, Madonna. Since Warhol, pop culture feeds itself with its history. Nothing is new, only rediscovered, but to quote Anton Chekhov, “There is nothing new in art except talent.” And that is one thing Michael Ziobrowski isn’t short of.

PURCHASE KOLAJ #14 or SUBSCRIBE to never miss an issue.