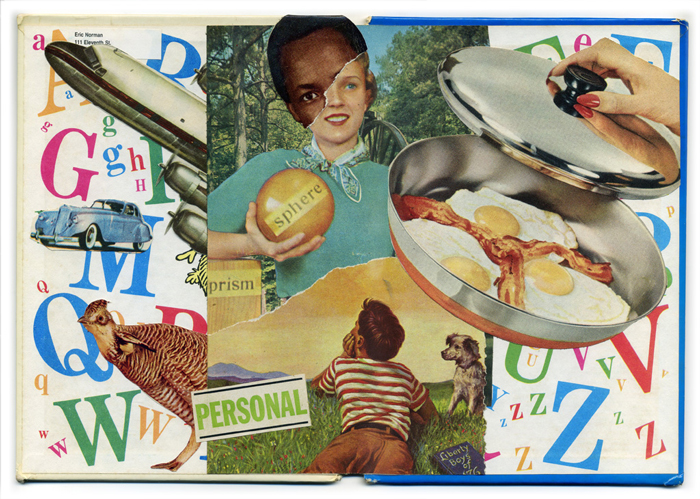 “I first began to explore collage while creating a fanzine for my family’s grocery store in 1993,” writes Mister Koppa. “Through free association amidst a carefully selected and limited library of source material, I stumble upon surprising relationships and juxtapositions, which may mean something or nothing, but always satisfy my craving for amusement.”

A portfolio of Mister Koppa’s work appears in Kolaj #17. To see this portfolio and others from the issue, SUBSCRIBE to Kolaj Magazine or Get a Copy of the Issue. 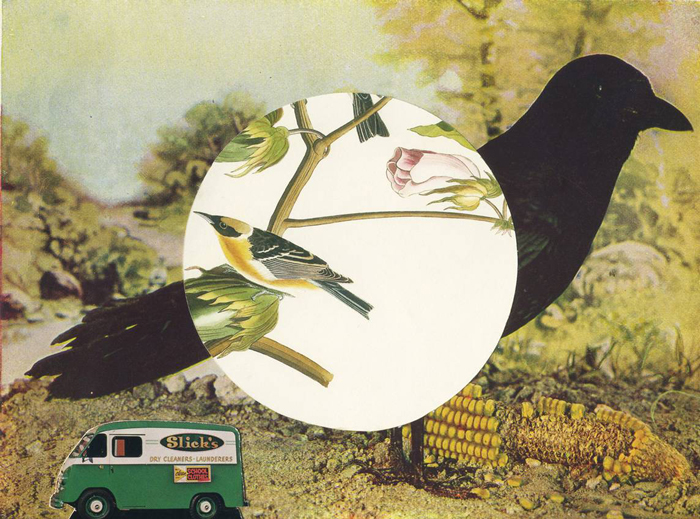 It began with a healthy obsession—trips to second-hand stores, flea markets, and used bookstores—gathering material to be cut and arranged in an anthology of creative writing, drawing and pasting. 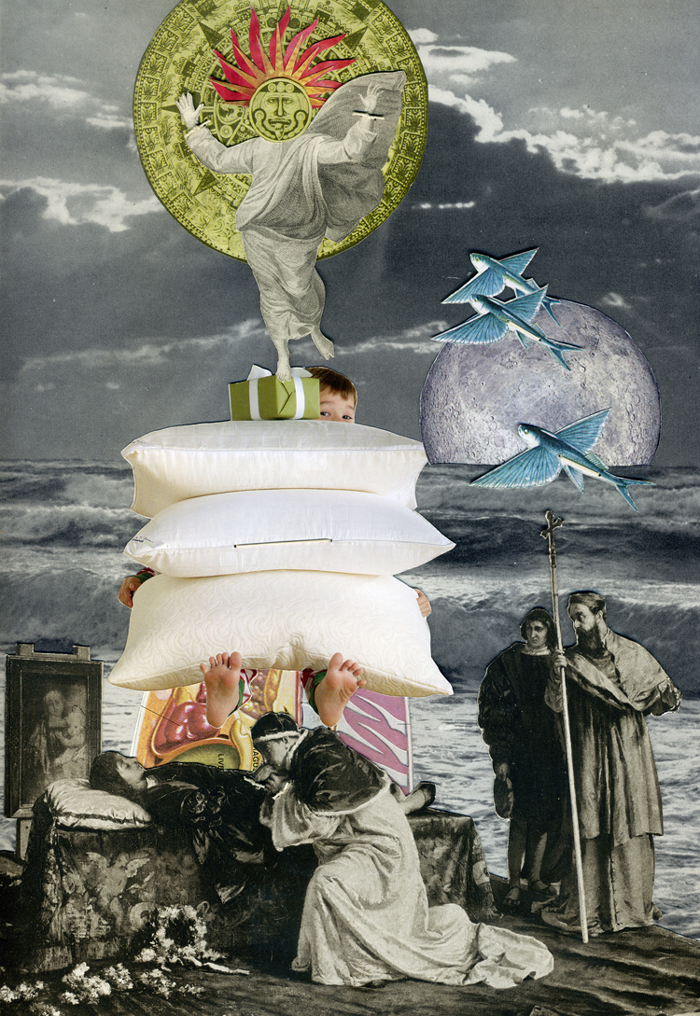 Mister Koppa lives with his wife and two daughters on a dead end street in Viroqua, Wisconsin. His historic love of lettering and drawing and an interest in books and collage led him to create the world’s first grocery fanzine, The Sphere, in 1993. In the years that followed, he published books, made collage, founded Heavy Duty Press and Viroqua Creative Workshop, titles from which have been featured in Kolaj Magazine many times. His website is www.misterkoppa.com.

SUBSCRIBE to Kolaj Magazine or Get a Copy of the Issue to see portfolios of work by contemporary collage artists.