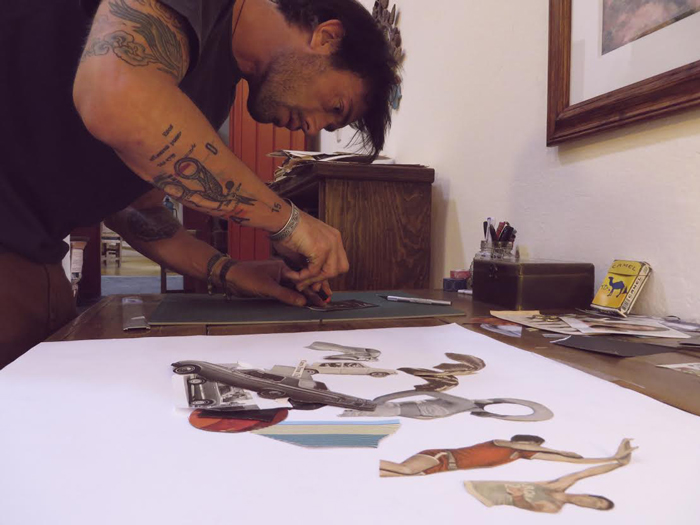 Australian collagist Steve Tierney worked with Sydney-based songwriter Cristian Campano to create the video for “Seasonal”, the debut single from Campano’s “dream pop project” Fetes. The video shows Tierney cutting, arranging, and pasting images and lyrics to illustrate the song’s themes of identity and self-discovery. Freya McGahey of Happy Magazine said, “Hypnotic soundscapes reverberate around your head as collage wizardry unfolds before your eyes in Fetes’ incredible new music video.” Tierney’s style is strongly influenced by old movie posters, vintage books and magazines, advertising from the 1940s and 1950s, as well as urban street graphics of different cultures. His work has been presented in group and solo shows in Australia, Cambodia, Japan, and Mexico. The video, available on YouTube, also doubles as an excellent demonstration of the collage artist at work.