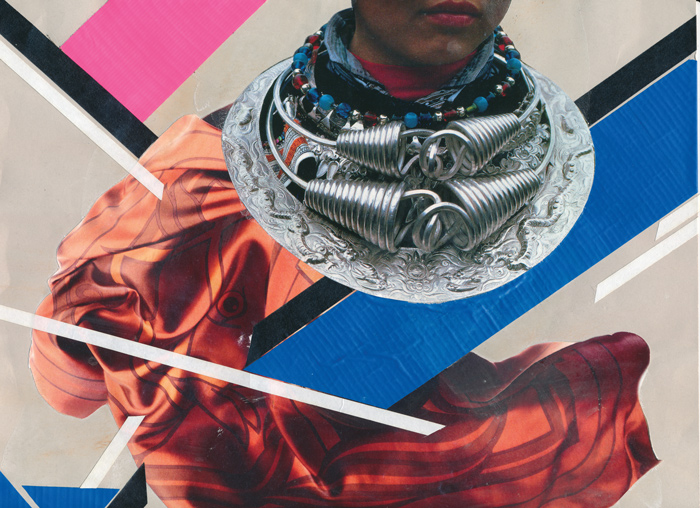 Between February and May 2014, California artist Michael Ziobrowski released a digest-sized ‘zine of 20 hand-cut collages and 1 digital collage using magazines, Xeroxes, adhesive tape and painted scrap paper called Xperiments with Glue, Volume 1. Ziobrowski said, “Xperiments with Glue began as an exercise in mindless experimenting with pre-cut magazine clippings, painted brown paper scraps and adhesive tapes. No rules, No thought out theme. Just the need to create, raw and adolescent. Sitting on the couch, at a coffee table, watching cinema with my girlfriend, provided just the right amount of distraction, to allow my mind to let go and not think to much about what I was actually piecing together.” Each collage stands alone and was created in as little as 10 minutes or as long as an hour. In September 2014, Volume 1 and all the original collages will be on exhibit with work by Justin Angelos, Emily Hoy, Zach Collins, Bill Zindel, Fred Litch and others in “Cut/Paste II” at F+ Gallery in Santa Ana, California. The original collages and the ‘zine are available from Ziobrowski’s website: HERE.