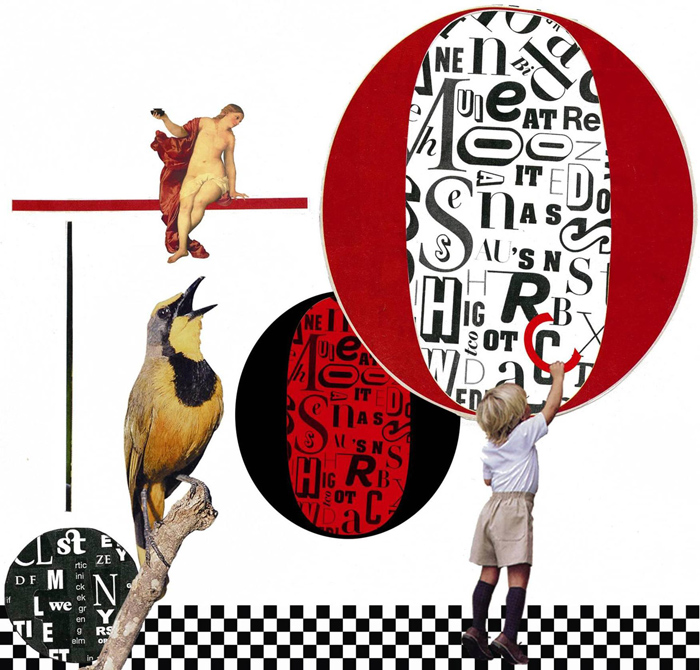 Poetics Dancing, a collection of collaborative visual poems and collages by Koji Nagai and Andrew Topel, was released in January 2016 by Francis Van Maele’s Redfoxpress. Nagai, who lives in Hiroshima, Japan and Topel, who lives in Florida, connected when Topel saw one of Nagai’s digital collages on Facebook. A graphic designer by training, Koji Nagai generates his ideas for collage from his first impression of the materials. Andrew Topel is the editor and publisher of Avantacular Press, which specializes in books of visual poems and other-stream writing. Poetics Dancing was produced in a limited, numbered edition of 150, has a hand-bound hard cover, and measures 8”x6”. The book is available through Redfoxpress.

This article first appeared as a News & Notes item in Kolaj #15. To read more News & Notes from the world of collage, SUBSCRIBE to Kolaj Magazine or Get a Copy of the Issue.

← Succinct at Thea Foundation
Retreat of the Horstman at FIELD Contemporary →