Retreat of the Horstman at FIELD Contemporary 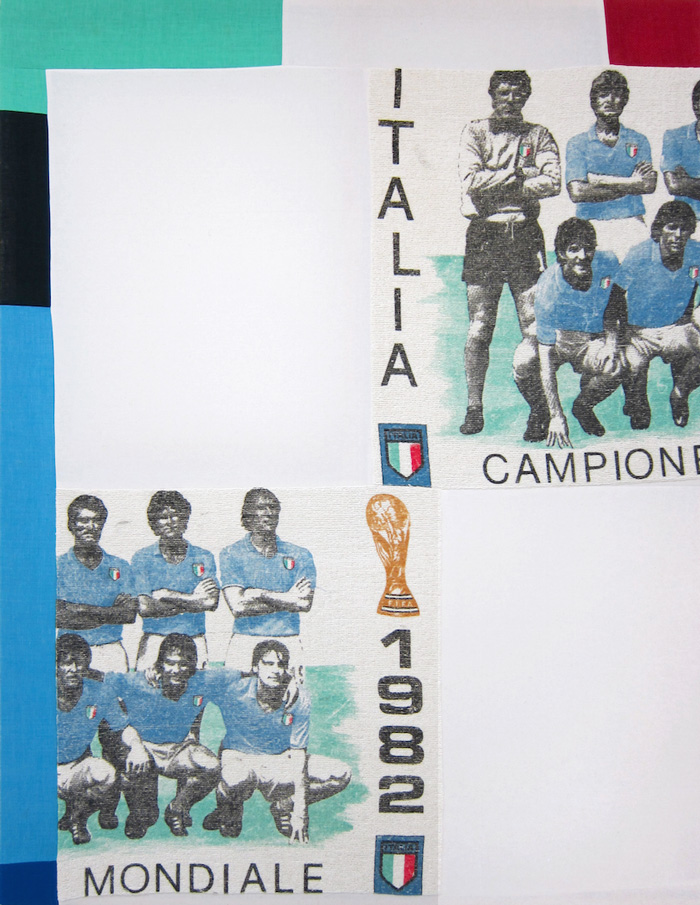 “Retreat of the Horstman” explores the legacies and measurements held in the understanding of time as it refers to history, perception, and geological measurement. John Burgess’ tableaux present scenes of neoclassical renditions of still lives and architectural interiors in situations of unease and uncertainty. His series “Time is Up” is a reminder that there is an imminent event unfolding around us. Hour glasses hovering around central objects are painted with diminishing grains of sand at different increments implying an unknown ending. Les Ramsay’s (de)constructivist paintings made from new and used material are nostalgic tapestries. Important events and characters are displayed fragmented from their original designs implying a fracture in their history. New timelines are created as multiple images merge with one another.

Les Ramsay creates his works by recycling the excess of everyday domestic objects and uses both constructive and deconstructive collage methodologies to develop formal compositions. He currently lives and works in Vancouver, British Columbia. He studied visual arts at the Emily Carr University, at the Universitat de Politecnica in Valencia, Spain, and has most recently completed his MFA in the Painting and Drawing department at Concordia University in Montreal. He’s currently represented by Galerie Antoine Ertaskiran, Montreal. His work has been shown in Canada, Italy, Spain, Sweden, Switzerland, Germany, and in the United States.

John Burgess is a multidisciplinary artist based in Vancouver, British Columbia. Burgess graduated from Emily Carr University in 2008. He has exhibited in Australia, the United States, Germany, and Canada. Burgess’ paintings and sculptures reference familiar architectural space and time as it corresponds to a life­cycle.