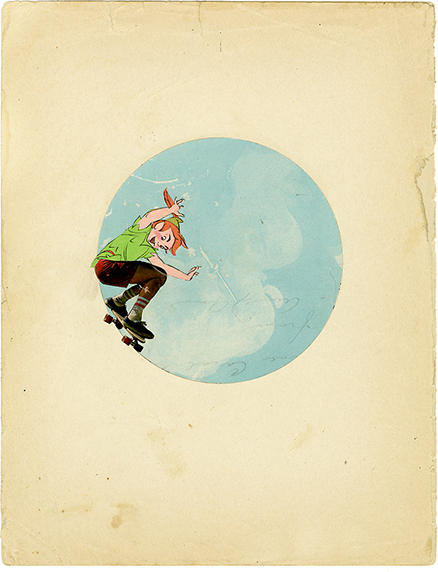 Trading in themes of power dynamics, and the malleable meaning of symbols, Nil Ultra (Jason Moore) has secured a place just left of contemporary collage. Culling cartoons, war reportage, ad copy, lifestyle and fashion photography, all pre-dating his birth, Moore builds his canon from bygone printed ephemera. Meticulously clipped and carefully affixed to vintage paper, the works openly lampoon religion, militarism, globalization, and the cult of subculture with equal parts derision and distant affection. Scrawled notes from book leafs and sun-yellowed toddler drawings live in the corners of some works, pointing directly to the persistence of time. The semiotic fragments that co- exist within the pieces recall William S. Burroughs’ literary Cut-Up experiments, but Moore’s X-acto knife still seeks meaning among the chaos. Motifs such as the gender warping of sports heroes and military leaders reinforce loose associations, making them concrete through a tightening of visual structures. In his own words: “This is all a well-planned accident.” — Sterling Bartlett, 2016 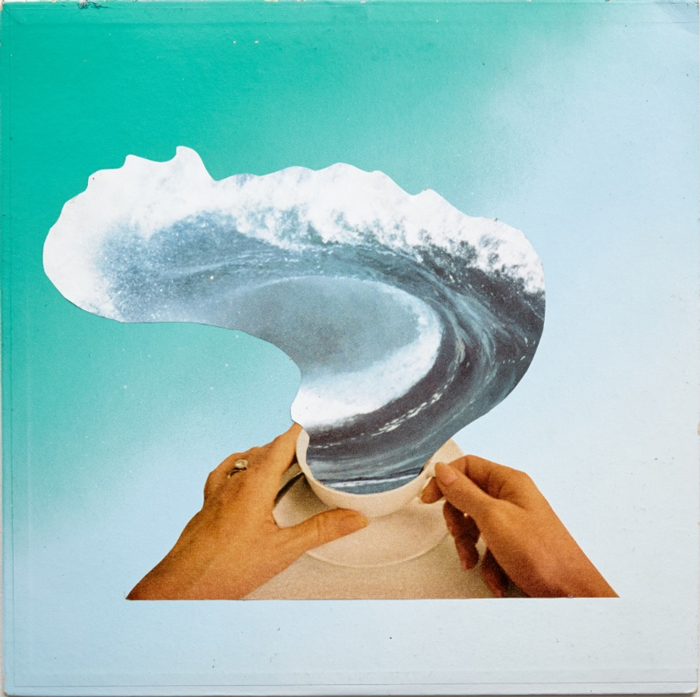 For Florida-born, Philadelphia-based visual artist Dewey Saunders, the medium is the message. In the Internet era, Saunders has created an identity for himself that is not based on delivering a single product in a single medium repeatedly. Instead Dewey has a vision, and a style born of the various sensibilities of the top end of the millennial age spectrum. In his works collage, illustration, and computer-based graphic design all come together to form a visual vocabulary that speaks volumes on culture, history, and imagination. He was around before the Internet, and he has embraced its flourishing. The result is an ever-growing body of work that grows seamlessly across multiple mediums to render experiences that are definitely Hip Hop, but also probably tropical and South Floridian. In Saunders’ work the spectacle merges with an all-seeing eye that roams like a tumbleweed through the vast sea of images that is the web, and looking becomes a central element of creation. The result is a visual aesthetic that considers everything, but only focuses on a few things, and does so with such breadth. 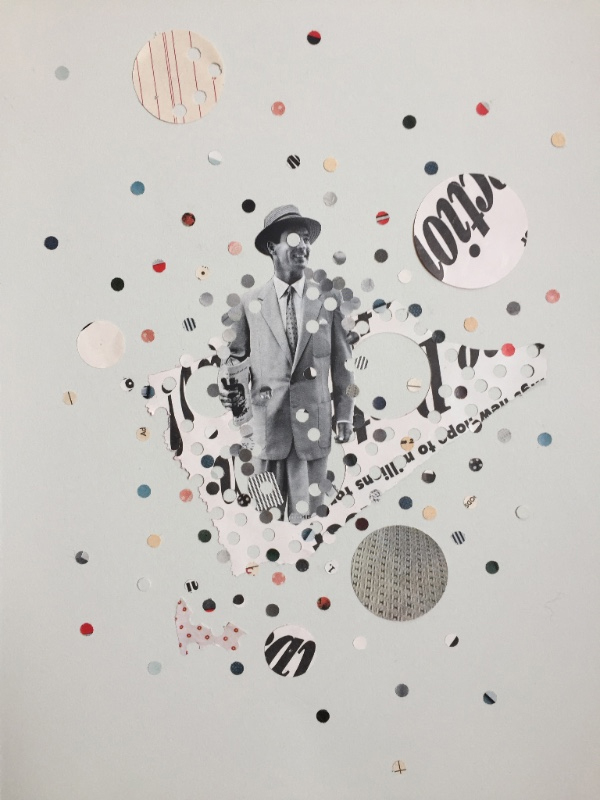 Lizzie Gill is a mixed media artist living and working in Brooklyn, New York. Her work explores themes of retro Americana in a contemporary context. Through a variety of mediums she illustrates a time warp, composed of everyday life, human agency and the disingenuous. The disingenuous nature of her work pertains to one’s ability to mislead through dress, speech or manner. Growing up in the digital age, this deception is often conducted behind a series of computer screens. Her work is a nostalgic look at both the American past and innocence with a twist, prompting one to question their sense of time and culture. Not everything is ever quite as it seems. Lizzie is the co-founder of the Brooklyn Collage Collective. The Collectives goal is to bring attention to the medium of collage through an ever growing and dynamic group of artists who display a wide range of materials and styles. 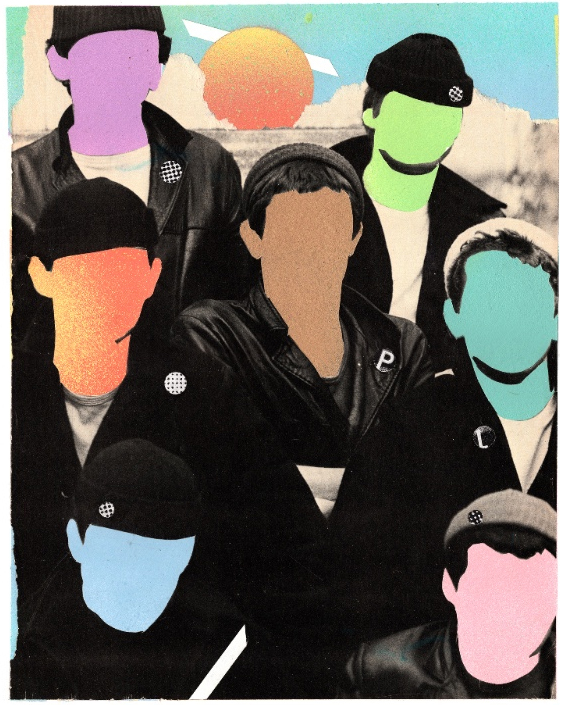 Artist Michael was born in the frigid cold of Chicago, and raised in sunny southern California by a European family that fostered appreciation for art, music and style. With a strong affection for all things Cosmic, Pop, Music and Fashion, inspiration is in the night. The past five years have been led with exhibiting heavily, in group and solo shows, live art at music festivals, having work published in Kolaj Magazine (covers of Issues #7 and #14), awarded 2014 Best Visual Artist in OC Weekly Readers’ Choice Poll and was commissioned to paint drum kits for Questlove of The Roots/Tonight Show with Jimmy Fallon.