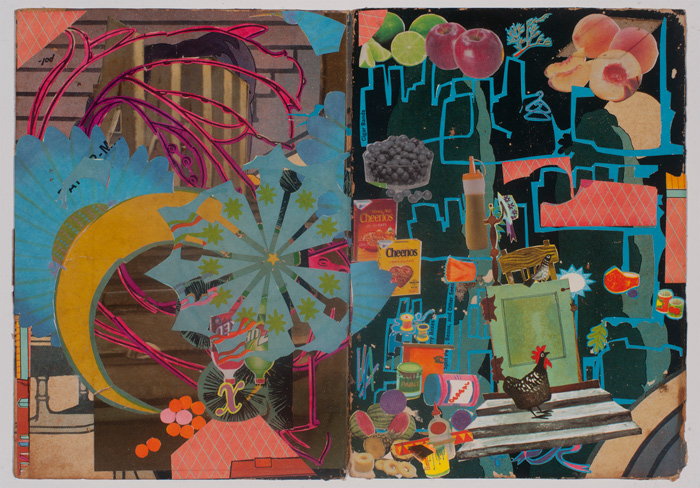 “Cut & Staple” is a solo exhibition of new work by Austin, Texas-based artist Lance Letscher, celebrating the national release of the feature-length documentary The Secret Life of Lance Letscher, directed by Oscar-nominated Sandra Adair and produced by Kristi Frazier. Both the film and exhibition reflect on the artist’s journey into the creative process and very nature of collage, a medium that for Letscher represents both a personal aesthetic, and a language with which to find structure, beauty and serenity within chaos.

One discerns in both a rigorous attention to the character and form of his materials, as well as a profound engagement with memory. Letscher’s is an art equally rooted in story telling and painterly concerns about surface quality, color and balance. In the film, he explains:

It’s not a premeditated decision to pursue the work in a certain emotional tone or psychological tone or thematic direction. It’s more guided by intuition and availability of materials. I’ll just start out cold without an idea and the materials will start to dictate the direction of the piece and as I see something becoming realized, then I push it. 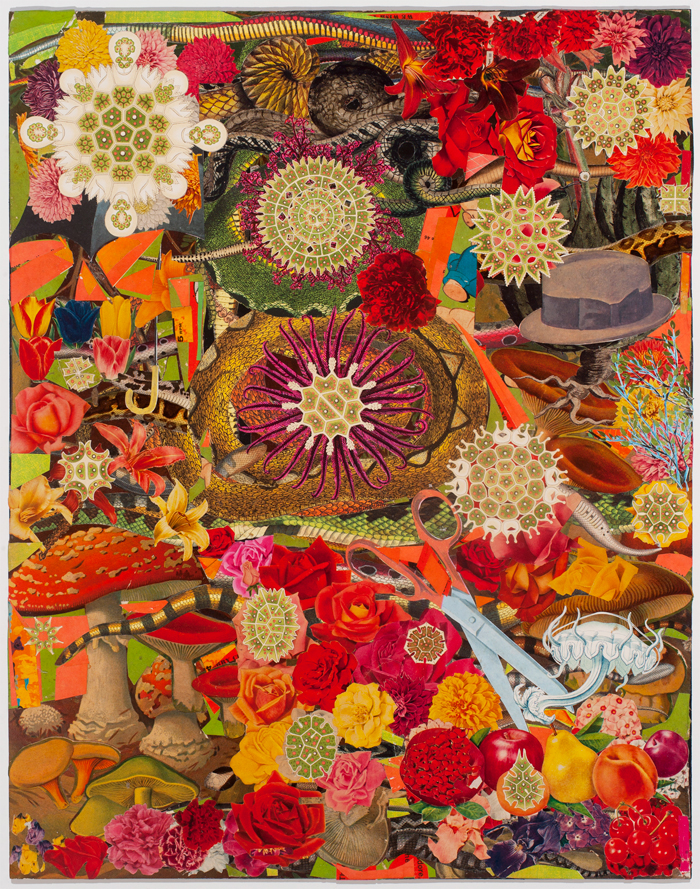 From a reservoir of largely vintage ephemera, Letscher creates a dense pictorial space in which words, images, colours and shapes tell a story about the world we imagined for ourselves as children and the often-painful real world we experience as adults. Their intricate narratives, however, are not easily discerned. They both demand, and reward, careful looking, mining the spaces between text and image, narrative and pure abstraction, past and present. Also on view are new works made from similarly colorful and evocative scraps of sheet metal. These speak to a lifelong fascination with machines, cars, bicycles and gadgets, as well an ongoing interest in surface tension, punctuated here by thousands of industrial-grade staples. 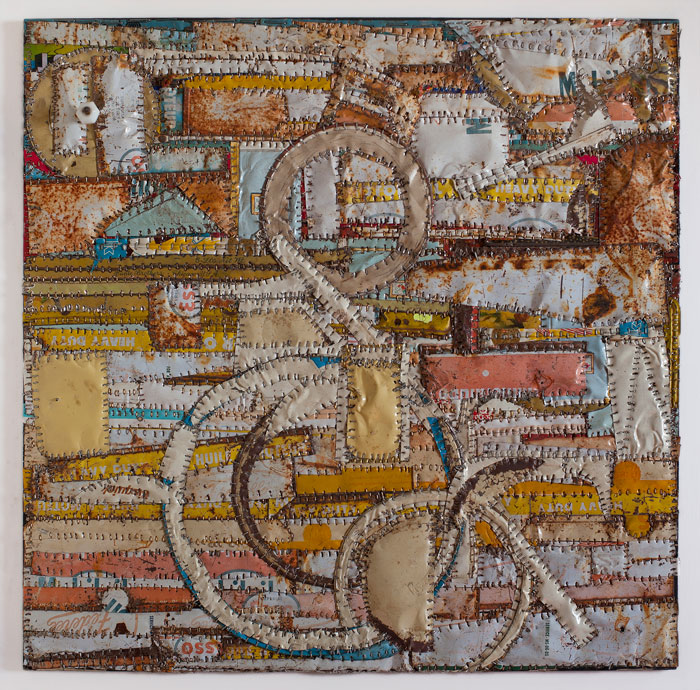 Lance Letscher has exhibited extensively across the United States and abroad including Austin (Texas), Houston, Los Angeles, New York, and San Francisco, as well as in London, Brussels, Munich, Barcelona and Paris. His work is represented in the collections of the Austin Museum of Art, Austin, Texas; Museum of Fine Arts, Houston, Texas; California State University Print Collection, Long Beach; Texas Children’s Hospital, Houston; and numerous other public and private collections. His work has been the subject of several books and catalogues including a full-length monograph published by the University of Texas Press in 2009 and the 2010 children’s book The Perfect Machine.