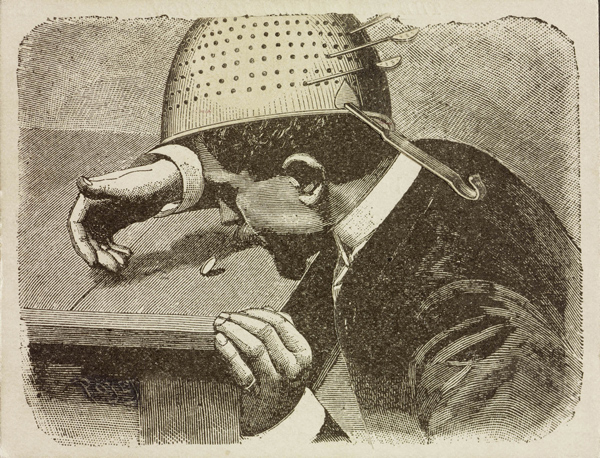 “Drawing Surrealism” at the Morgan Library & Museum in New York City includes a focus on collage.

Although collage was used earlier in the twentieth century by the cubist and dada artists, the technique took on particular importance with the surrealists. The odd juxtapositions and dislocated imagery it produced were particularly effective in conjuring a dream world or suggesting the irrationality of unconscious desire. Joan Miró, Max Ernst, Ei-Kyu, André Breton, and Jean Arp are among the many artists whose works are featured in the collage section of the exhibition.

Few artistic movements of the twentieth century are as celebrated and studied as surrealism. Many of the works of its best known practitioners—including Salvador Dalí, Max Ernst, René Magritte, Joan Miró, and Leonora Carrington—have become touchstones of modern art and some of the most familiar images of the era.

“Drawing Surrealism” includes more than 160 works on paper by 70 artists from 15 countries, offering important new understanding of surrealism’s emergence, evolution, and worldwide influence. The exhibition is co-organized with the Los Angeles County Museum of Art (LACMA) and is is presented chronologically with interwoven thematic sections devoted to the surrealists’ principal drawing techniques and to international developments. Important drawings will be shown from countries beyond the movement’s Western European geographic roots, including sheets from Eastern Europe, Japan, the United States, and Latin America.

Drawing Surrealism includes works from the Morgan, as well as from the collections of LACMA, Tate Modern, the Musée national d’art moderne at the Pompidou Center, the Museum of Modern Art, and the Menil Collection. It also includes drawings from a number of major private collections in the United States and abroad, which are rarely accessible to the public.

(from the library’s press materials)

← Kurt Schwitters at Tate Britain
In the Studio: Marian Williams →