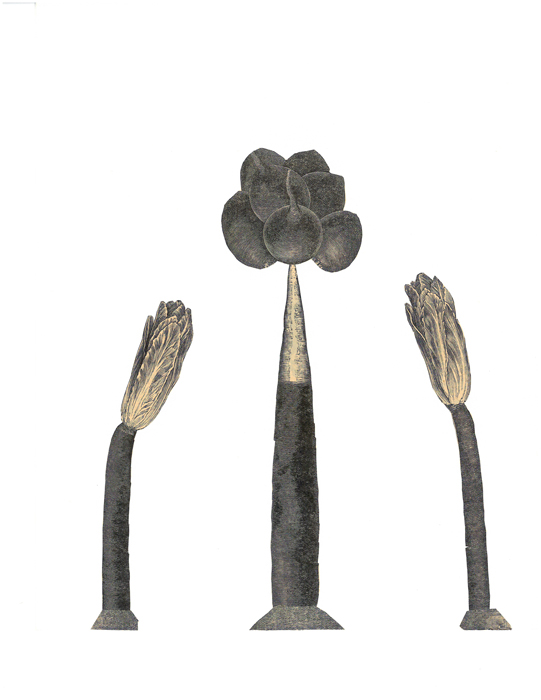 Deborah Barrett lived and worked in Afghanistan at the American University in Kabul from 2009 to 2013. While there she acquired old manuscript paper, a scarce commodity in a city ravaged by 30 years of war. The paper was used to create small, stylized portraits where both the material and the subject matter were central to her experience. At the same time and after returning to the U.S., Barrett also produced a series of collages entitled “Beasts and Botanicals”. These works are freer, depicting exaggerated, imagined hybrid forms–a contrast to the stress of life in a post-combat zone.

Gina Pearlinʼs works, many of them gouache on panel or a variety of found materials, are described by the artist as “waking dreams”. Like dreams, Gina Pearlinʼs paintings mix together references, figures and locations–sometimes from within her own past work, where ideas recur over and again. Stark in their composition, though full of layers and nuances in terms of their execution, Pearlinʼs works have an arresting, haunting quality.