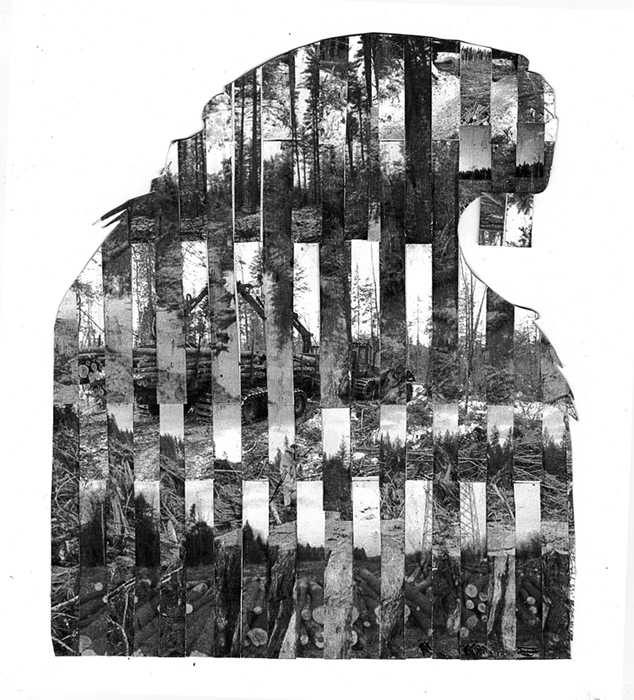 Monnet is concerned with her dual Algonquin and French heritage. Her images are an opportunity and attempt to reconcile the two social and political identities. The viewer is forced to share in this process, struggling to make sense of the separate images. There is a sense that this is Monnet’s difficulty as well.

To see all of Caroline Monnet’s Artist Portfolio, purchase Issue Seven or SUBSCRIBE to never miss an issue.

Image:
Castor Canadensis from the “Anomalia” series
by Caroline Monnet
12″x12″
collage and silkscreen
2011
Image courtesy of the artist