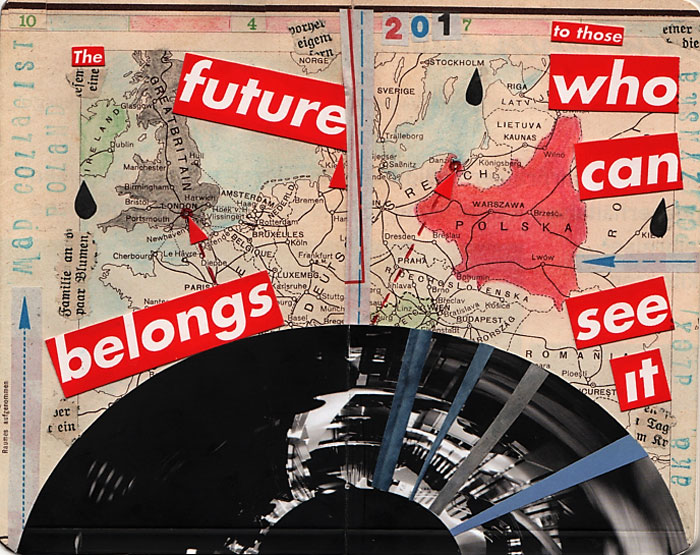 Selections from the Flying Glue Book

Imagine, if you will, a collage museum that travels from country to country collecting art the way a passport collects stamps. If you can imagine that, then you are halfway to understanding the impulse behind the Flying Glue Book. The brainchild of Étampes, France collagist Julien Ratouin-Lefevre, the project started in 2014 in the form of a 64-page, passport-sized book that Ratouin made a collage in and mailed to another artist to add their collage and send it along. A Facebook group was set up to track the book’s progress. The project was intended to be a small, intimate exercise among a closed network of collagists. It didn’t stay that way. The Facebook group now has 324 members and seven books are in circulation.

Kolaj Magazine typically features portfolios of contemporary artists in each issue alongside critical commentary as a means of developing a deeper understanding of collage as both a medium and a genre. In Kolaj #22, we decided to forgo our regular feature in favour of showing selections from the collaborative project, Flying Glue Book. 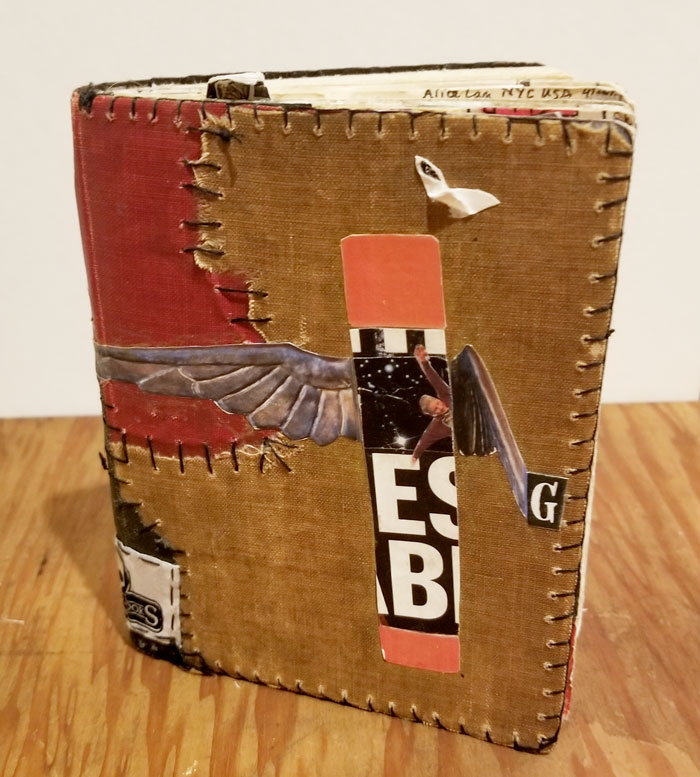 “The collage books will travel the world collecting visions and styles, perceptions and varied materials,” said Ratouin. Whereas “a passport belongs to you only, travelling experience changes you and makes you different when you come back home. Hence, I wanted the Flying Glue Book to show multiple people with their own identities in one single passport.”