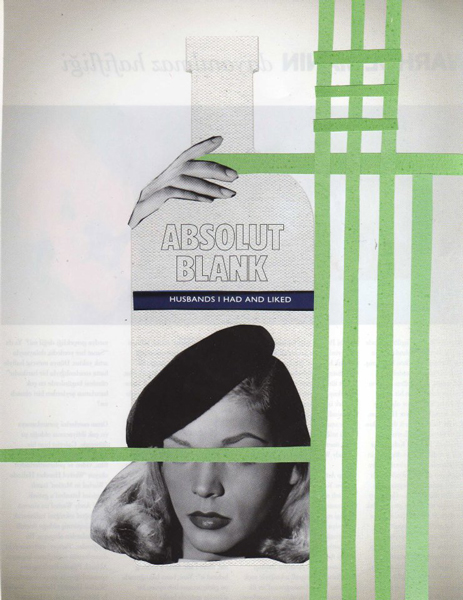 Collage is the technique of rebellion. It is the expression of the rebellious children of art. This technique lived magnificent years as Dadaism. You can express yourself through cutting and pasting on any flat surface. You don’t have any border or rules. The technique of collage shows us art is unlimited. However, collage with its unlimited and rebellious character has become a cult expression, the concept itself rather than the technique.

This cult expression recalls first Dadaism and later the punk movement. Every movement in art history from Cubism until today used and has been using collage techniques.

Collage is seen as a technique more than concept in Turkey. However, the use of this technique in works of many artists and Burhan Dogançay’s glorification of collage, gave a different meaning to the works of the young generation. Dogançay’s collage series “Anonymous Torn Posters” and “Urban Wall” have introduced the technique of collage more closely to Turkey. When Dogançay began making those series in 1960, he created the idea of an exhibition of collage that can be opened. Also, there is a variety of artists working in collage, such as Zeki Faik Izer who worked on abstract collage in between 1966-76, Bedri Baykam working on photo-colour collage from 1987 to today, Balkan Naci Isimyeli working on photo-collage from 1990 to today, Irfan Önürmen worked on tulle collage in 2010, Nalan Yirtmaç worked on ebru-collage with the logic of stencil.

We can see artists working with collage and contributing collage works to exhibitions of contemporary art in Turkey. Collage’s spirit of free expression is very convenient for today’s young generation. For this reason, we might say that the most frequently used technique that the young generation prefers to use is collage. Different types of collage, such as digital collage, have recently been added to this platform. Computer-generated art plays an important role in this field.

Gallery Ilayda opened an exhibition this past summer in Istanbul: “Cut and Paste”. The collage exhibition’s introductory article says, “…focused on the ‘art of collage’, which is one of the most important aesthetic instruments of modern art for over a century, “Cut and Paste” takes a step to fill the gap in a branch of art that is not often explored in our country.” It emphasizes that exhibitions featuring “collage” are not usually explored in Turkey. Maybe the name has not been used as collage, as I said, but the use of collage by many artists, starting with Dogançay, as a way of self-expression, has long been present in Turkey. Gallery Ilayda’s “Cut and Paste” exhibition is the young artists’ collage exhibition, bringing together many different collage techniques. The artists participating in this exhibition included Baysan Yüksel, Damla Özdemir, Gamze Tasdan (image above), Hüseyin Rüstemoglu, Muharrem Çetin, Neslihan Koyuncu, Özge Enginoz, Rafet Arslan, and Sezgi Kuttas (featured image). All of these artists are working in many different mediums of art; however, they all came together with their collage works in this exhibition, seeing this medium as a form of rebellion and unlimited expression. The technique of rebellion, collage, will always be there as an expression of art for the rebellious children.

This Exhibition Review originally appeared in Issue Two. To see other Reviews from the world of collage, SUBSCRIBE to Kolaj or PURCHASE ISSUE TWO.