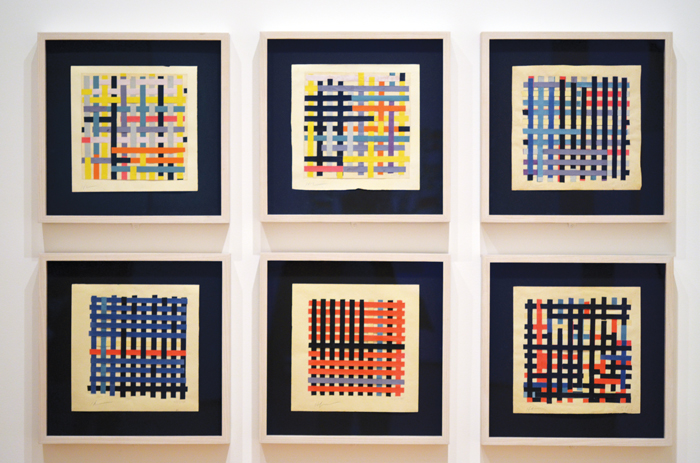 In Kolaj #2, Ric Kasini Kadour tells the story of how collage helped a Venezuelan artist living in Paris create some of the most iconic and modern paintings his country had ever seen.

It was during [1950-1951] that Otero turned to collage. “I made many studies of flat colour organization using collage which did not take me anywhere until I began a series of compositions made with very narrow bands of different coloured paper arranged in order horizontal-vertical,” wrote Otero. The collages became a series called “Orthogonal Collages.” They represented a breakthrough and laid the foundation for his “Coloritmo” (Colorhythms) which curator Rina Carvajal called “one of his major contributions to the field of painting.”