Sinister Pop at the Whitney Museum of Art 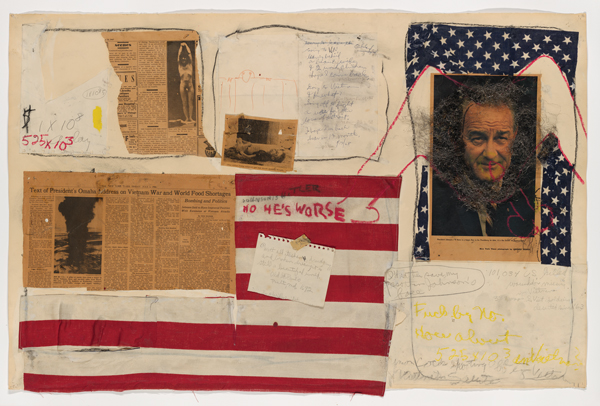 “Sinister Pop” (15 November 2012-31 March 2013) is the sixth in a series of exhibitions at the Whitney Museum of American Art in New York City. The series reassesses the museum’s collection in anticipation of the museum’s move to a new location in 2015. “Sinister Pop” takes a look at the dark side of the Pop movement from the early 1960s to the 1970s. The show includes work in painting, photography, prints, drawing, sculpture, film, and some collage by such well-known artists as Andy Warhol, Tom Wesselmann, and Judith Bernstein.

While collage is an easy partner to commercial-themed Pop Art, it is a much more difficult pairing with the side of Pop Art’s disturbing terrain. “Sinister Pop”…provided an opportunity to explore how collage played out on the dark side of Pop Art.

To read the entire review, purchase Issue Three or SUBSCRIBE to never miss an issue.