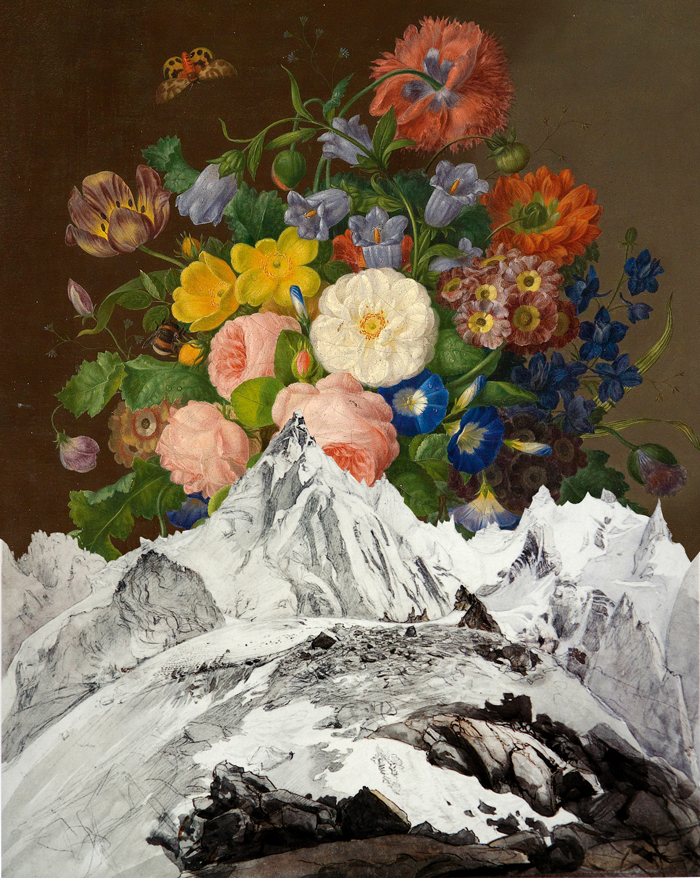 Kolaj Magazine Editor Ric Kasini Kadour writes, “In each issue of Kolaj Magazine, the Editorial provides an opportunity for us to reflect on the content of the magazine and draw connections or highlight ideas. In this issue, however, I wanted to look outward. This issue of Kolaj will be sent to thirty-eight different countries, at least one in every continent (except Antarctica). Collagists are an international movement and globalist in our orientation. As we see a rise in nationalism, I wanted to speak to the role of art in general at this particular historical moment. 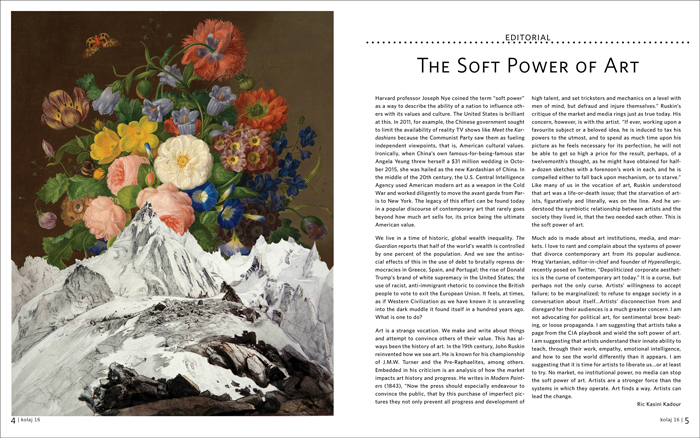 Like many of us in the vocation of art, Ruskin understood that art was a life-or-death issue; that the starvation of artists, figuratively and literally, was on the line. And he understood the symbiotic relationship between artists and the society they lived in, that the two needed each other. This is the soft power of art.
***
I am not advocating for political art, for sentimental brow beating, or loose propaganda. I am suggesting that artists take a page from the CIA playbook and wield the soft power of art. I am suggesting that artists understand their innate ability to teach, through their work, empathy, emotional intelligence, and how to see the world differently than it appears.