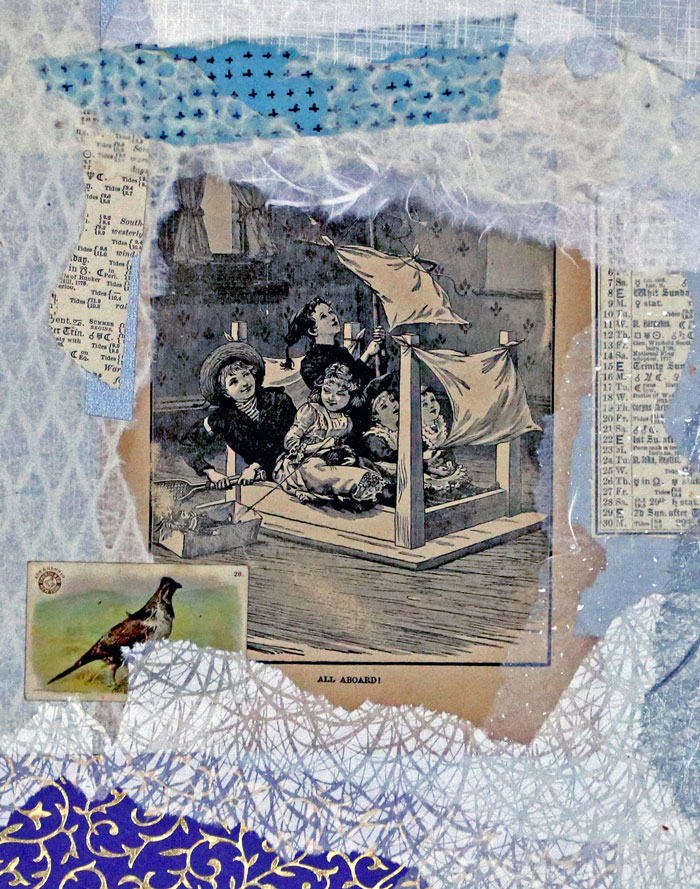 The exhibition, sponsored by Main & Station Ltd, an art residency centre located at 168 Main Street in Parrsboro, Nova Scotia, and le Corridor culturel de Griffintown, is at 141 Ann Street in Griffintown, Montreal, Quebec. The show presents the finalists for five new awards created by Main and Station Ltd, “The Nonesuch Art On Paper Awards”. These awards have a value of approximately $20,000. The Awards comprise 5 individual awards and include an award for sculptural work as well as a People’s Choice award. The awards consist of art residencies and honorariums.

The awards attracted submissions from 17 different countries, including Argentina, Australia, Estonia, France, Italy, Israel, Japan, Spain, and the USA. Over 35 submissions to the awards came from artists living in the Maritime Provinces and over 55 from the island of Montreal.

More than 70 works of art are on exhibit, including drawings, paintings, prints, sculpture, crochet and knit sculpture, hangings, origami, photography, collage, and hand-made books. With over 200 artworks entered in the submissions, choosing only 70 works for the exhibition was difficult. The quality of work is exceptionally high and the range of how paper was used in the creative process is extraordinary.

The people’s choice award will be decided by visitors voting during the exhibitions and will be announced on 14 October 2016 at the closing of the Montreal show. The award is a 2 week residency and $500. Each visitor to the exhibition gets a vote.

The awards are a privately sponsored initiative to support the arts and no federal, provincial or municipal government assistance was provided.

Image:
Topographers into the Everwhen (from “The Essentialists” series)
by Derek Owen
12″x9.25″
collage, handmade papers, vintage ephemera
Courtesy of the artist

← In the Studio: Stacy Blint
Epithelia at Walter Maciel Gallery →