No Rhyme or Reason 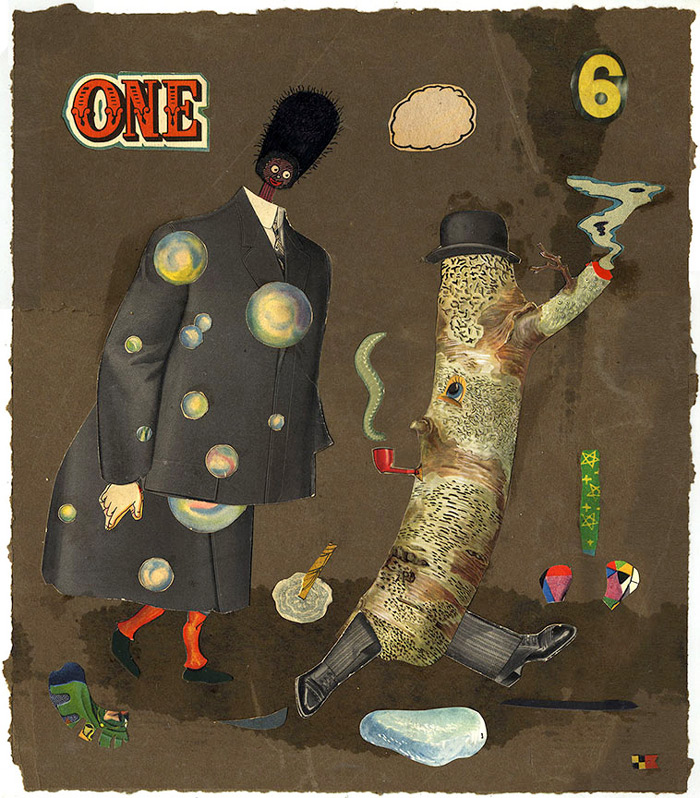 “Collage is a favorite medium and as I like to say the easiest thing to do badly,” says gallerist Jack Fischer. This show features varied voices that carry on a tradition that reportedly first began to appear with gold leaf and gemstones being applied to religious icons inside Gothic cathedrals in the 15th and 16th centuries. Mary Delany (1700-1788) is considered one of the first collage artists whose work employed paint, paper, and flower parts. Amazingly enough she began this work when she was in her 70s.

According to the Guggenheim Museum’s online art glossary, collage is an artistic concept associated with the beginnings of modernism, and entails much more than the idea of gluing something onto something else. The glued-on patches which Braque and Picasso added to their canvases offered a new perspective on painting when the patches “collided with the surface plane of the painting”. In this perspective, collage was part of a methodical reexamination of the relation between painting and sculpture, and these new works “gave each medium some of the characteristics of the other,” according to the Guggenheim essay.

Historically, there are many methods of collage such as the patches technique of cutting fabric or wallpaper or even paintings and drawings. Other methods include decoupage (think Matisse and Picasso), photomontage, and now digital collage. One can even consider Man Ray’s “Rayographs” to be a form of collage.

Image:
One Magazine #6 featuring The Tree That Thought It Was a White Man
by Lou Beach
Image courtesy of the artist and Jack Fischer Gallery, San Francisco