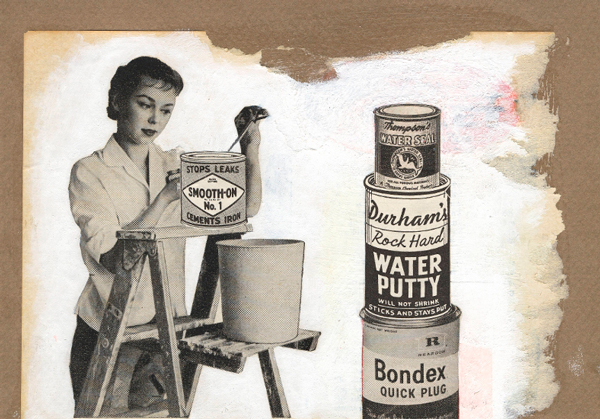 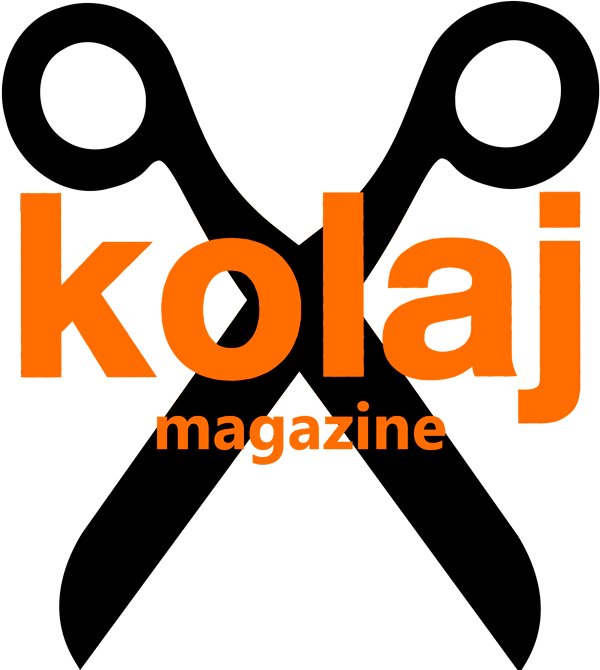 Kolaj Magazine is pleased to announce a dedicated online shop where you can purchase subscriptions, current and back issues of Kolaj Magazine, and Collage Artist Trading Cards in glorious Canadian Dollars.

Since Kolaj Magazine launched in 2012, Kasini House ARTSHOP has been the sole source for purchasing subscriptions and back issues online. ARTSHOP sells small artist products. This includes books, folios, catalogues, monographs, chapbooks, ‘zines, small one-of-a-kind works, multiples, and other creative endeavours by contemporary working artists. Prices are in US Dollars. ARTSHOP will continue to be an online outlet for Kolaj Magazine.

To celebrate the opening of Kolaj Magazine’s Online Shop, we are holding a contest. The winner will receive a $100 credit towards items in the Kolaj shop or ARTSHOP. In the course of publishing Kolaj, we’ve noticed a number of collages that touch on the theme of consumerism and it seems fitting, as we launch an online shop for the magazine, that this be the theme of the contest. Thank you to everyone who submitted an entry.

And the winner is….Brittany Ellis 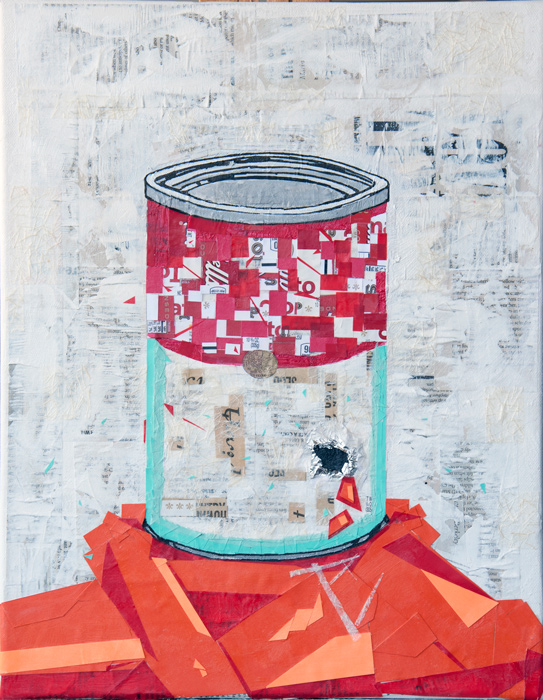 Brittany Ellis of Lake Forest, California, USA is the winner of the Cut, Paste, Shop, Repeat Contest. She submitted the original collage (image right), Warhol’s Wounds (18″x14″; acrylic, collage, fabric, foil; 2015). About the work she told us, “Warhol’s Wounds represents the legacy of Andy Warhol. Andy Warhol became known for his impact in Pop art and consumerism. A soup can not only became a beautiful piece of art, but an American staple. Campbell’s Soup is comfort, American history, and became the evolutionary advancement in art. Although Warhol was known for his paintings, he also was known for his wounds as well. Warhol’s Wounds also depicts the lengths to which some would go in the name of art. After being shot by Valerie Solanas in June 1968, Warhol became cautious and superstitious. Although Warhol lived after being pronounced clinically dead, his wounds were always with him and killed his carefree spirit. ‘It’s not often that I shoot somebody. I didn’t do it for nothing..,’ said Solanas in court.”