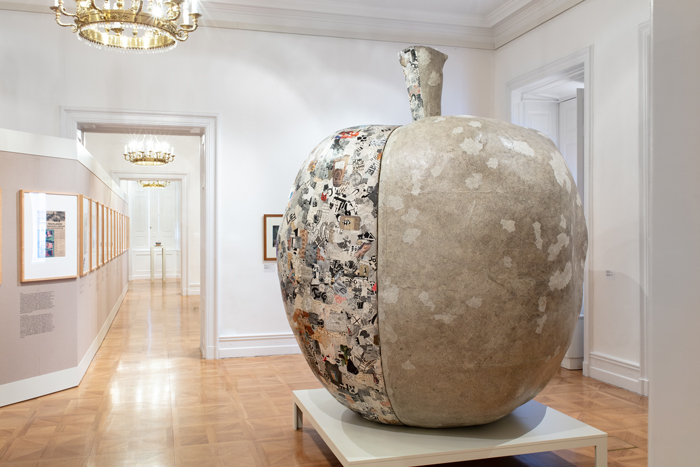 Jirí Kolár’s Grimace of the Century

If totalitarianism wears a face, it’s most certainly a complex and pained one. Such a face is the work of Czech artist Jirí Kolár’s 1961 collage: A skull, its mouth agape and eyes glittering blank orbs, floating above the façade of Prague’s Kinsky Palace announcing the artist’s retrospective “Grimace of the Century”.

One of nearly a hundred of Kolár’s most influential works produced during an era when Czechoslovakia squirmed in the fist of its repressive government, the piece is emblematic of the artist’s political import to his country. It is no accident that the retrospective “Jirí Kolár: Grimace of the Century” arrived on the 50th anniversary of the death of the Prague Spring, and that Kolár’s works still resonate, freshly skewering the ideology of hate, racism and the insidiousness of propaganda. 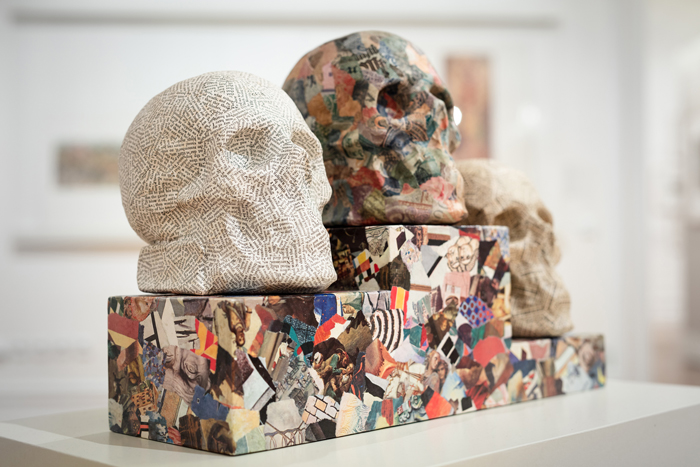 Plunge through the intellectual morass and confusion of his lifetime with just a simple tool—a sharp knife—to produce works that attempt to seize the mind and liberate the soul. 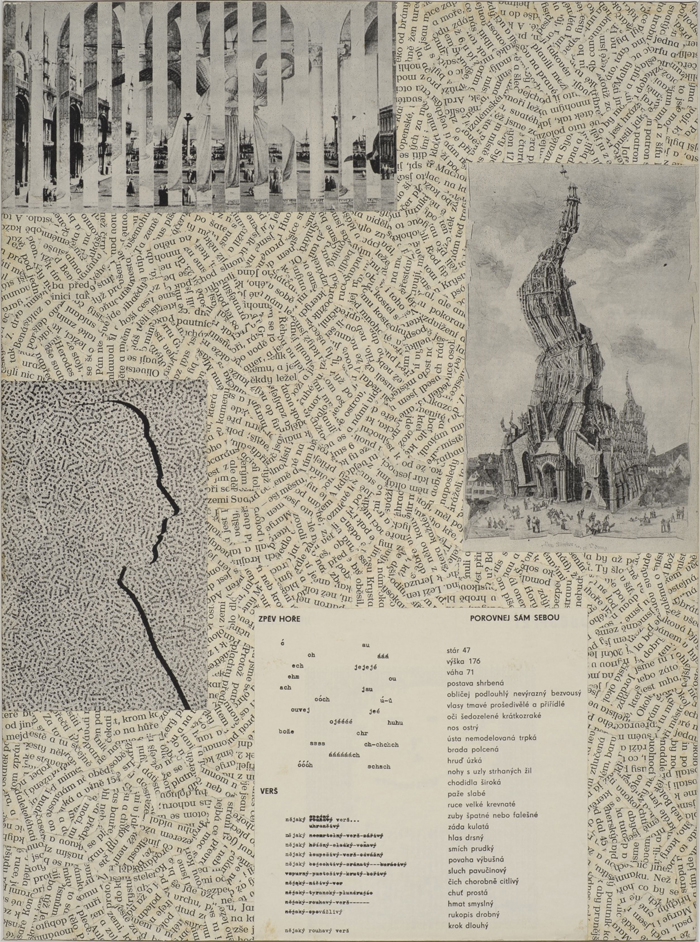 Jirí Kolár (1914-2002) was a Czech poet, writer, painter, collage artist, and translator. His collage work was first exhibited in 1937 and he is credited with the invention or development of the collage techniques of confrontage, froissage, and rollage, among others. Kolár’s work has been shown widely since the 1960s, including at the Guggenheim Museum in New York (1975), Dum U Cerné Matky Boží in Prague (1994), and recently, “Grimace of the Century”, a solo exhibition including collage, at the National Museum in Prague, 16 May-2 September 2018.

Images (top to bottom):
In the Beginning Was the Word by Jirí Kolár
(78.7″ diameter; chiasmage on plastic; 1969)
Neues Museum Nürnberg